MS Dhoni is currently serving the Parachute Regiment of the Territorial Army in Jammu and Kashmir. 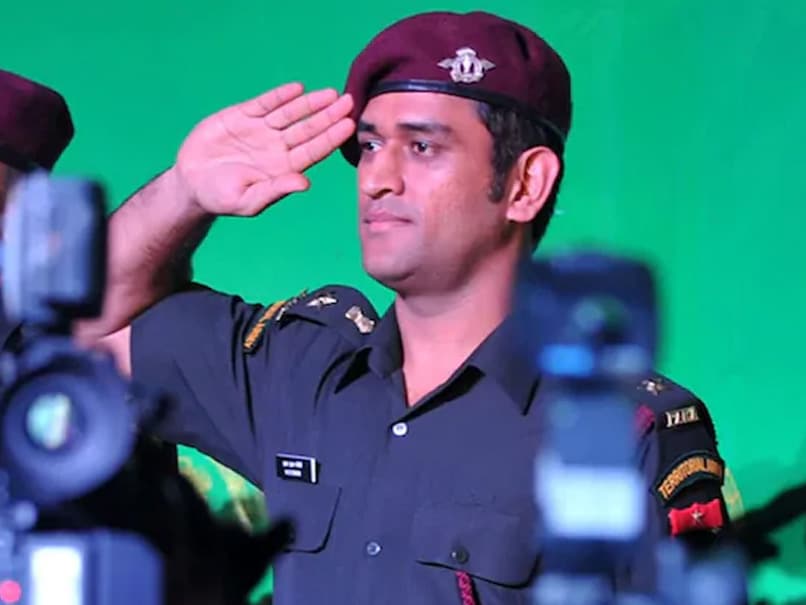 MS Dhoni, who is currently serving the Parachute Regiment of the Territorial Army in Jammu and Kashmir, has been termed as "brand ambassador" of the Indian Army by a senior army official, according to reports. News agency IANS quoted defence sources saying that former India captain MS Dhoni is scheduled to travel along with his regiment to Leh on August 10. "Dhoni is a brand ambassador of the Indian Army. He has engaged in motivating members of his unit and has often been playing football and volleyball with the soldiers. He is also undertaking battle training exercises with the corps. He will remain in the valley till August 15," a senior army official said as quoted by IANS.

According to IANS, there is a possibility that Dhoni might unfurl the tricolour on the occasion of Independence Day in Leh in the newly-created union territory of Ladakh. However, there is no official confirmation on the news as such.

The 38-year-old wicketkeeper-batsman has taken a two-month break from active cricket, after India were edged out of the World Cup following a loss to New Zealand in the semi-final, to serve his regiment in the Kashmir valley.

However, officials did not disclose the exact location at which Dhoni is likely to hoist the national flag on August 15.

The Union government has undertaken a programme to hoist the tricolour in each and every village of Jammu & Kashmir as part of Independence Day celebrations in the state.

Dhoni has remained stationed in the Valley throughout the security build-up exercise when all communication networks across the state have also been snapped by the central government to prohibit any break down in law and order.