Was In No Frame Of Mind To Focus On The Match, Says Mohammed Shami

Mohammed Shami had failed to clear the Yo-Yo test ahead of the one-off Test against Afghanistan in 2018. 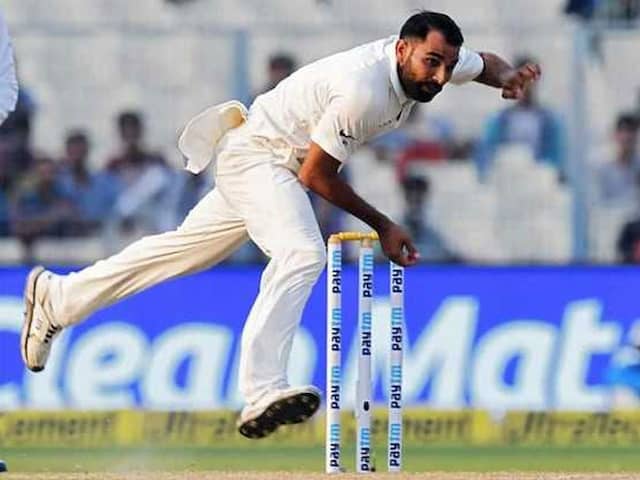 Ace India fast bowler Mohammed Shami who was the highest wicket-taker (19 wickets in 14 matches) for Kings XI Punjab in IPL 2019, recalled his days of adversity when he struggled to clear the Yo-Yo test ahead of the one-off Test match against Afghanistan in 2018. Shami recalled the fact that he made headlines for not making it to India's squad against Afghanistan by failing the Yo-Yo test. He said that he was not in the right frame of mind to take the field then owing to family problems which were the reason he failed to pass the Yo-Yo test.

"I had some family problems at that point of time. The fitness test didn't go well and I accept that I failed. But then, I wasn't even in that frame of mind where I could focus on the match against Afghanistan. I wasn't mentally prepared and had to undergo the Yo-Yo test at that point in time and I flunked," Shami told IANS.

Asked if that bothered him as people suddenly started talking about how it could be the start of the end of his international journey, Shami said he took it in his stride and realised that it was important to let his work do the talking rather than try and shut critics.

"Pressure was there, but I kept myself motivated and told myself that I have to work on my fitness and come back strongly. I have reduced 12-14 kilos since then and you can see that not just in my physical appearance, but it also reflects in the rhythm and momentum that I have found in my bowling," he pointed.

Rhythm, he has definitely found in recent times and that was evident in not just his spells in this IPL -- 19 wickets in 14 games -- but also in the ODI series that he played against Australia and New Zealand in January and then the home series against the Aussies in March leading up to the T20 league.

For Shami, it was all about reminding people that his white-ball record is just as enviable as his red-ball performances.

"I hadn't been playing white-ball cricket for a while but in the series against Australia, I gained in confidence and just looked to keep that going even in the IPL. Also, playing consistently for KXIP also helped me. Getting to play day-in day-out helps you perform and get the right momentum.

"I was just waiting for an opportunity as I had a good record in white-ball cricket. Waited for almost two years and I had it in mind that when I did get the chance, I will show what I could do."