Shoaib Akhtar said that instead of tweeting about his second coronavirus test result, Mohammad Hafeez should have spoken with the Pakistan Cricket Board. 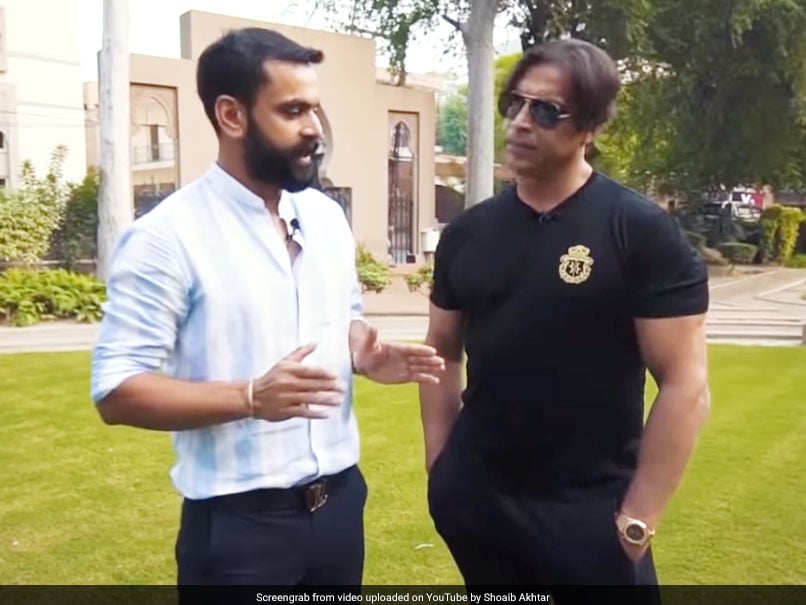 Shoaib Akhtar advised Mohammad Hafeez to not get on bad terms with the Pakistan Cricket Board.© YouTube

Former Pakistan pacer Shoaib Akhtar has said that all-rounder Mohammad Hafeez should have confronted the PCB if he got his second coronavirus test result as negative. Akhtar said that Hafeez should have confronted the PCB rather than posting his test result on Twitter. "PCB showed a bit of mismanagement, we just started doing random testing of players, now players have tested positive for coronavirus, the worst-hit area due to coronavirus is maybe Lahore, then it is Karachi. I am sure that if you keep on testing, you will get more and more positive results," Akhtar said on his YouTube channel.

"Now, the tests are done, my advice to Hafeez was to go for the retest, but he should not have posted the result of his second Test on Twitter, he should have confronted the PCB, you should not get on bad terms with the board. The tour of England is important for Pakistan, we need to send our solid team there if we want to win the Test series," he added.

Earlier this week, after testing positive for coronavirus, Hafeez once again underwent the test and on Wednesday revealed, that he has now tested negative.

Hafeez shared the report of his latest coronavirus Test on Twitter and said that he opted to go for another examination for his personal satisfaction.

"After testing positive COVID-19 acc to PCB testing Report yesterday, as 2nd opinion and for satisfaction I personally went to Test it again along with my family, and here I along with my all family members are reported Negative," Hafeez had tweeted.

The PCB had initially planned to send a squad of 29 players to England, but ten players tested positive for coronavirus earlier this week.

On Saturday, Wasim Khan, the PCB chief executive, announced that six of those ten players returned negative results when they were tested for the second time.

So, as a result, 20 players and 11 members of the support staff will be travelling to England first. The rest of the players will join the squad later after returning two negative tests.

Zafar Gohar, the left-arm spinner who played an ODI in 2015, will join the side from England and will only be involved in pre-match preparations.

Pakistan had last played Test cricket in February this year against Bangladesh.

They were scheduled to play the second Test later in April, but the match was postponed due to the coronavirus pandemic.

Pakistan Cricket Team Pakistan Cricket Board Cricket
Get the latest updates on IPL 2021, check out the IPL 2021 Schedule and Indian Premier League Live Score . Like us on Facebook or follow us on Twitter for more sports updates. You can also download the NDTV Cricket app for Android or iOS.