"Timing It Like Old Times": Mohammad Azharuddin Turns Back The Clock. Watch

Mohammad Azharuddin, former India captain, took to Twitter to share a video of him batting at the Rajiv Gandhi cricket stadium in Hyderabad. 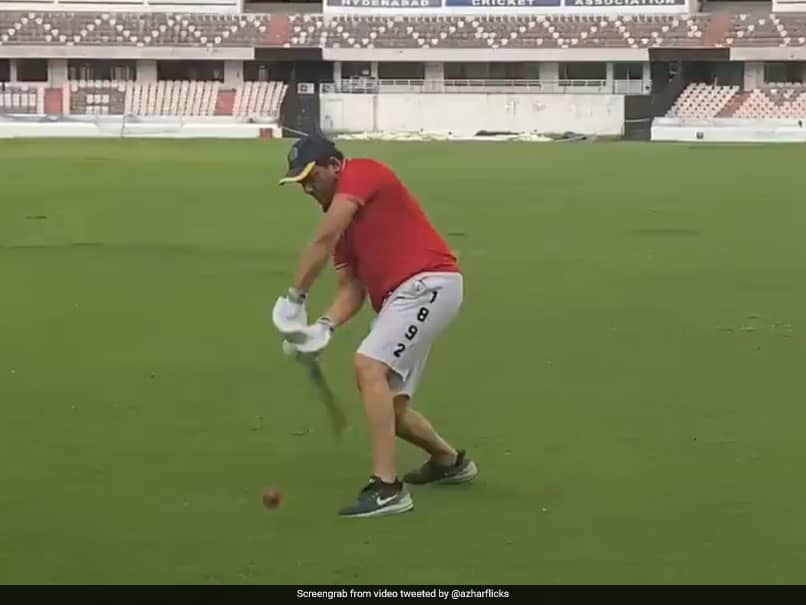 Mohammad Azharuddin, former India captain, took to Twitter to share a video of him showcasing his wide range of shots, including his trademark flick towards the leg side, as he turned the clock back with his latest post. "Knock knock... timing it like old times #AzharFlicks," Azharuddin captioned the post in which he can be seen batting in front of the Mohammad Azharuddin stand, located at the Rajiv Gandhi Cricket stadium. In the 37-second video shared on Twitter, Azharuddin can be seen facing a throwdown and finding the middle of his bat as he smashed the ball to all parts of the of the grounds in Hyderabad.

In April, Azharuddin donated rupees one lakh to the Indian Cricketers' Association in a bid to help former players who are in dire need of funds amid the coronavirus-enforced lockdown.

Azharuddin, much like other current and former cricketers, has been active on social media amid the coronavirus pandemic and has urged his fans to stay indoors and follow the guidelines of the government.

Azharuddin's last appearance in an India jersey came over two decades back when he took the field against Pakistan in an Asia cup encounter in June 2000.

The 57-year-old has played 99 Test matches for the country and scored 6,215 runs with an impressive average of over 45. He scored 22 centuries in the longest format of the game.

In the 50-over format, Azharuddin represented India in 334 matches in which he scored 9,378 runs and went past the 100-run mark seven times.

In September last year, the former India batsman was named the president of the Hyderabad Cricket Association.

India Cricket Team Mohammad Azharuddin Cricket
Get the latest updates on IPL 2021, IPL Points Table , IPL Schedule 2021 , live score . Like us on Facebook or follow us on Twitter for more sports updates. You can also download the NDTV Cricket app for Android or iOS.