Mithali Raj was left out of the Indian playing XI for the ICC Women's World T20 semi-final against England, which India went on to lose. 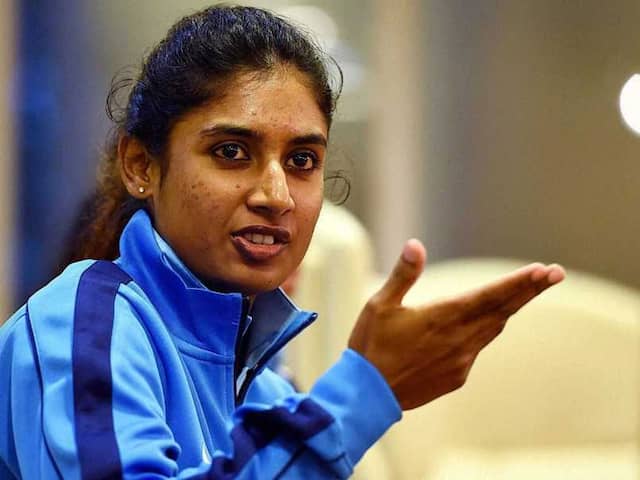 The fiasco involving Mithali Raj's exclusion from India's playing XI during the ICC Women's World T20 semi-final on Friday just took another controversial turn. Mithali Raj has now opened up in a letter to the Board of Control for Cricket in India (BCCI), saying, "Few people in power are out to destroy me", reports PTI. She further accused Committee of Administrators (CoA) member Diana Edulji of bias and the Indian women's team coach Ramesh Powar, saying he "humiliated" her.

India skipper Harmanpreet Kaur and the team manager Trupti Bhattacharya reportedly knocked on the door of BCCI CEO Rahul Johri on Monday. According to sources, Mithali and Harmanpreet also met other top BCCI officials and shared their views on the selection call that sparked a controversy after the team's humiliating eight-wicket loss to England and crashing out of the tournament in the process.

Harmanpreet had justified the decision, maintaining that she had "no regrets".

Further talking about Diana Edulji, who had backed her axing, Mithali said that she "used her position against me". The 35-year-old was dropped despite scoring back-to-back fifties in the group stage of the competition held in the West Indies. "For the first time in a 20 year long career, I felt deflated, depressed and let down. I am forced to think if my services to my country are of any value to a few people in power who are out to destroy me and break my confidence," she wrote in a letter to BCCI CEO Rahul Johri and Cricket Operations GM Saba Karim.

"I would also like to point out that I have nothing against the T20 captain Harmanpreet Kaur except for the fact that her call to support the decision of the coach to leave me out of the eleven was baffling and hurtful. I wanted to win the world cup for my country and it hurts me because we lost a golden opportunity."

She slammed Edulji, a former India captain, for defending the team's decision to drop her.

"To put things in perspective, I have always reposed faith in Diana Edulji and have always respected her and her position as a member of the COA. Never did I think she will use her position against me, more after hearing what all I had to go through in the Caribbean as I had spoken to her about it. Her brazen support in the press with regard to the decision of my benching in the semifinal of the T20 World Cup has left me deeply distressed, more because she knows the real facts having spoken to me."

On Powar, she narrated a series of instances where she felt slighted by the coach. "For instance, walking off if I am sitting anywhere around, watching in the nets when others bat but choosing to walk away when I am batting in nets, if I try to go up to him to talk to start looking into his phone and keep walking. It was embarrassing and very evident to everyone that I was being humiliated. Yet I never lost my cool," she said.

India Cricket Team Mithali Raj Harmanpreet Kaur Ramesh Powar Cricket
Get the latest Cricket news, check out the India cricket schedule, Cricket live score . Like us on Facebook or follow us on Twitter for more sports updates. You can also download the NDTV Cricket app for Android or iOS.