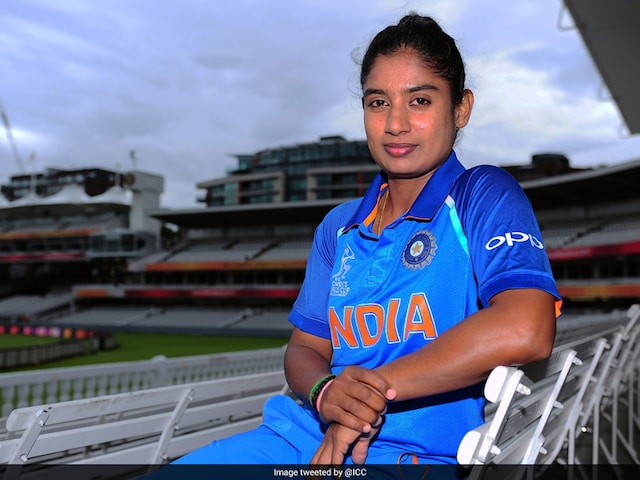 India skipper Mithali Raj was chosen as the captain of the ICC Women's World Cup 2017 team by the International Cricket Council (ICC) on Monday. The 34-year-old Indian was selected as captain after she led India to the final of the just-concluded ICC Women's World Cup. India lost to England by nine runs in one of the most thrilling finals at Lord's on Sunday. Mithali led by example, scoring 409 runs during the 30-day tournament. Besides Mithali, Harmanpreet Kaur and Deepti Sharma were the other two Indians included in the ICC's team.

Mithali's best knock came in the virtual quarter-final against New Zealand in Derby when she scored 109 to steer her side into the semi-finals with a 186-run victory. Her other notable scores in the tournament were 71 against England in the tournament opener in Derby, 46 against the West Indies in Taunton, 53 against Sri Lanka in Derby and 69 against Australia in Bristol.

Harmanpreet's unbeaten 171 against Australia guided India to the summit clash and her knock was hailed by all.

The others in the team include four players from England - player of the tournament Tamsin Beaumont, player of the final Anya Shrubsole, wicketkeeper Sarah Taylor and left-arm spinner Alex Hartley, three from South Africa (opener Laura Wolvaardt and bowlers Marizanne Kapp and Dane van Niekerk), and Australia all-rounder Ellyse Perry.

England's Natalie Sciver, who scored 369 runs and took seven wickets, was chosen as the 12th player.

Mithali, Taylor and Shrubsole have been picked in the Team of the Tournament for the second time in their careers.

Mithali and Taylor were selected in the Team of the ICC Women's World Cup in 2009, while Shrubsole was named in 2013.