Vaughan led the way, suggesting England should drop either Broad or James Anderson if only to "ruffle feathers". 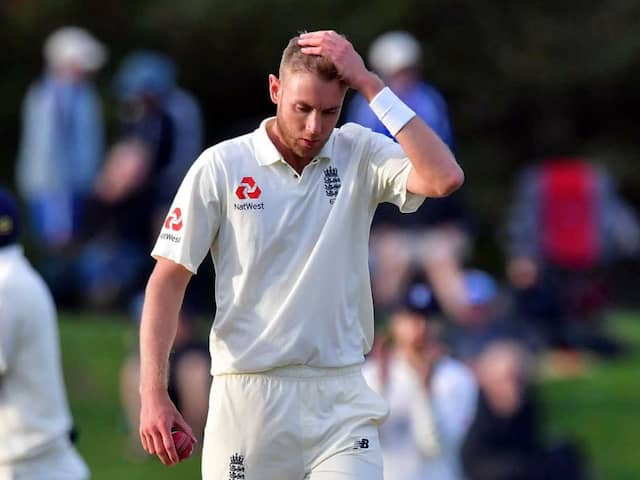 Michael Vaughan on Saturday warned Stuart Broad he was not beyond criticism after the England paceman was angered by his former captain's comments prior to the ongoing second Test against Pakistan at Headingley. England came under fire after a shambolic display in a nine-wicket defeat by Pakistan in the first Test at Lord's left them 1-0 down in a two-match series. Vaughan led the way, suggesting England should drop either Broad or James Anderson -- their two most successful Test bowlers of all time -- for the series finale at Headingley -- if only to "ruffle feathers". Both Broad and Anderson taking three wickets apiece as Pakistan were dismissed for just 174 on Friday's first day of the second Test.

The hosts ended the day on 106 for two, just 68 runs behind and, after Friday's close in Leeds, Broad said that Vaughan no longer had "much insight into England changing room at all.

"I don't think the players talk to him about cricket or what's going on," Broad added.

"I'm not going to hold a personal grudge if someone criticises me, particularly if I feel like I deserve it.

"I'm friends with Vaughany. He was a fantastic captain to me, gave me a great opportunity...he's great company. But I just didn't feel like I really deserved that."

But with rain meaning there was no play before lunch on Saturday's second day, Vaughan questioned the timing of Broad's response.

"You have to be careful in sport that comments can come back to bite you," Vaughan told BBC Radio's Test Match Special. "I got the sense last night it was 'You can't criticise me. I'm Stuart Broad and I've been in the team for a long time.'"

Former Yorkshire and England batsman Vaughan, who played the last of his 82 Tests a decade ago, warned the hosts they had much work still to do if they were to avoid a third straight series loss after defeats in Australia and New Zealand.

"They haven't won this Test match yet," said Vaughan, 43.

"The comments last night were geared as though they had won the game.

"He (Broad) is a senior member of the team, and I don't think it was the right time to plan that attack," insisted Vaughan, England's captain when Broad made his Test debut away to Sri Lanka in 2007.

"It has been very comfortable for a long period of time ... if the criticism over the last few days has geed them up to go out there and prove us wrong, great," he added.

But as for the idea that Vaughan's remarks had spurred him on to success, Broad said Friday: "I don't think it stung me into action."