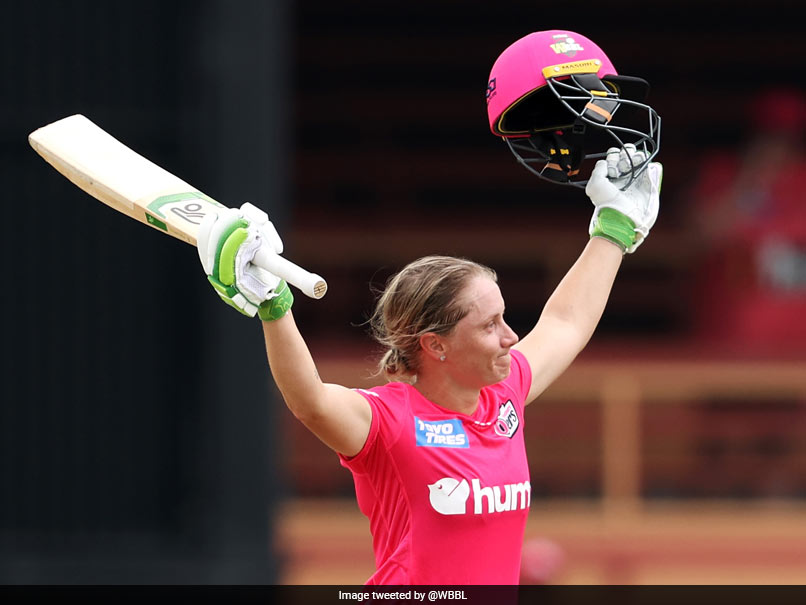 Alyssa Healy scored a century for Sydney Sixers in Sunday's Women's Big Bash League (WBBL) fixture vs Melbourne Stars, at the North Sydney Oval. The Sixers won by five wickets. On reaching her ton, she was applauded by fans and teammates present in the stadium, and also her husband Mitchell Starc. The Australian pacer was present at the venue, and could be seen clapping for her, as she slammed a four to reach her century off just 48 balls. The tournament's official handle shared a highlight of Healy reaching the century, and captioned it as, "HEALY HUNDRED! She brings up a superb century off just 48 balls. What a legend #WBBL06".

She brings up a superb century off just 48 balls. What a legend #WBBL06 pic.twitter.com/ftTQwCcpIq

Healy and Starc got engaged in 2015, and were married in April 2016. The duo reportedly first met when they were only nine-years-old.

This was Healy's fourth WBBL hundred. The 30-year-old slammed 111 runs from 52 deliveries, at a strike rate of 213.46. She also notched 15 fours and six sixes. She was dismissed by Tess Flintoff.

Healy's ton was also the WBBL's fourth-fastest century. She reached her hundred off only 48 balls.

It was a consolation win for Sixers, who have had a rather poor campaign, but managed a grab a win against the table-toppers. Sixers missed out on the playoff spots, due to net-run-rate.