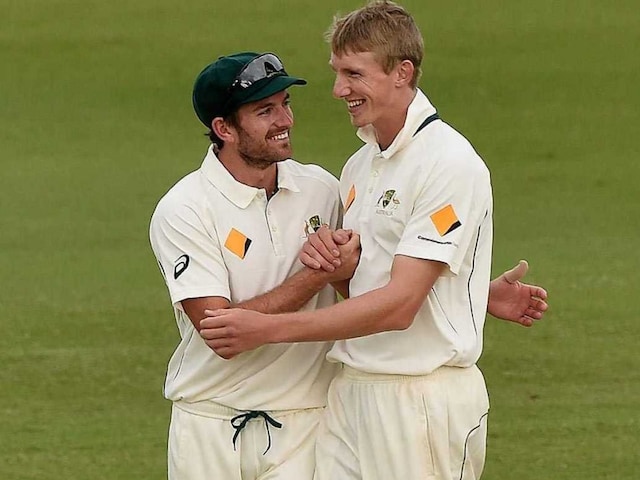 Mitchell Swepson finished with 4/78 as India A were bowled out for 230. (Image Credit: cricket.com.au/Twitter)© Twitter

Middle-order batsman Manish Pandey cracked 13 boundaries and one six to take India A close to the 200-mark but once he was dismissed by Chadd Sayers, the rest of the batsmen could only score 42 runs.

At stumps, Cameron Bancroft (10) and Joe Burns (12) were at the crease with Australia A at 24 for no loss at the Allan Border Field.

Earlier, Naman Ojha won the toss and elected to bat and openers -- Akhil Herwadkar (34) and Faiz Fazal (48) scored 74 runs in 32.1 overs before the former was caught by Peter Handscomb off Daniel Worrall.

Five overs later, other opener Fazal was cleaned up by David Moody. Shreyas Iyer (19) and Pandey then brought up the hundred before the 21-year-old Mumbaikar was caught and bowled by Swepson.

Pandey and newman Karun Nair (15) then added 70 runs and once the former was dismissed, Nair too could not stay longer and was sent packing by Swepson with Handscomb taking the catch.

Skipper Ojha (2) too was trapped infront of wicket by Sayers after he spent 32 balls at the crease and Swepson and Moody then picked up two wickets each to wrap up the Indian innings in 81.3 overs.

Comments
Topics mentioned in this article
Manish Pandey Naman Ojha Shreyas Santosh Iyer Karun Nair Joe Burns Cricket
Get the latest Cricket news, check out the India cricket schedule, Cricket live score . Like us on Facebook or follow us on Twitter for more sports updates. You can also download the NDTV Cricket app for Android or iOS.