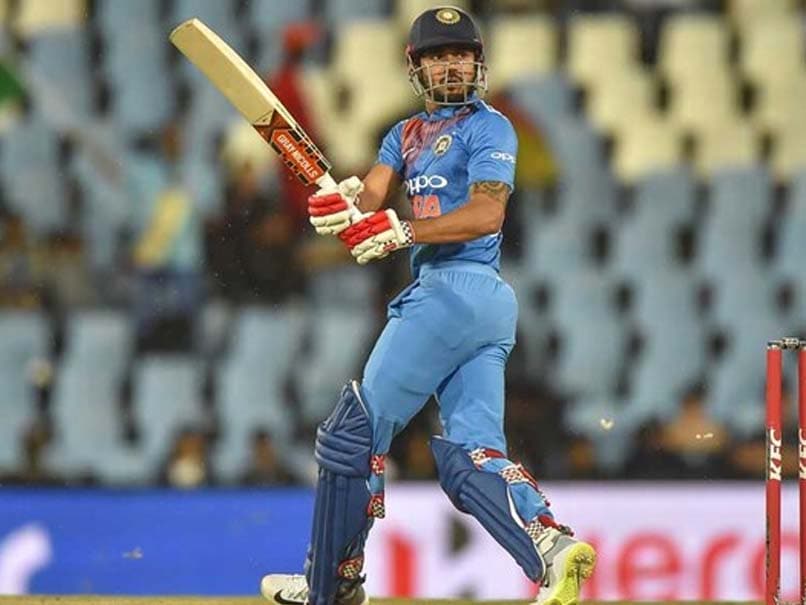 During an interview to BCCI.tv, Pandey revealed that he is working hard to make a strong case for his selection for the upcoming tour of the West Indies. The 29-year old said that he is focusing on scoring runs consistently and also working on his fitness.

"The one thing I would like to focus on is continue scoring runs and come into the national side again . I think I had a decent IPL and if I can back it up with a good India A performance against West Indies A then it could be very helpful for me. I am not thinking too much it's just that I am focusing on the ongoing tournament," he said.

"I have come here to the India A side. I have led this side for a couple of years now and I think we have always done well, we have always emerged champions and its because of the quality of cricket we play and the routine we follow," he added.

Crediting Indian Premier League (IPL) 2019 for his success with the bat, Pandey admitted that his top moments were when he came to bat at number 3 in Chennai and scored fifty in Sunrisers Hyderabad's very first match.

"That was special. Thereafter, there was no stopping for me and I continued scoring runs," he said. Manish Pandey scored 344 runs in 12 matches in IPL 2019.

West Indies Cricket Team
Get the latest updates on ICC T20 Worldcup 2022, check out the Schedule and Live Score. Like us on Facebook or follow us on Twitter for more sports updates. You can also download the NDTV Cricket app for Android or iOS.