Mahendra Singh Dhoni Has the Right to Decide His Future: Gundappa Viswanath

Mahendra Singh Dhoni has achieved plenty of things in international cricket and he has the right to decide how long he wants to continue playing, according to former India great Gundappa Viswanath. 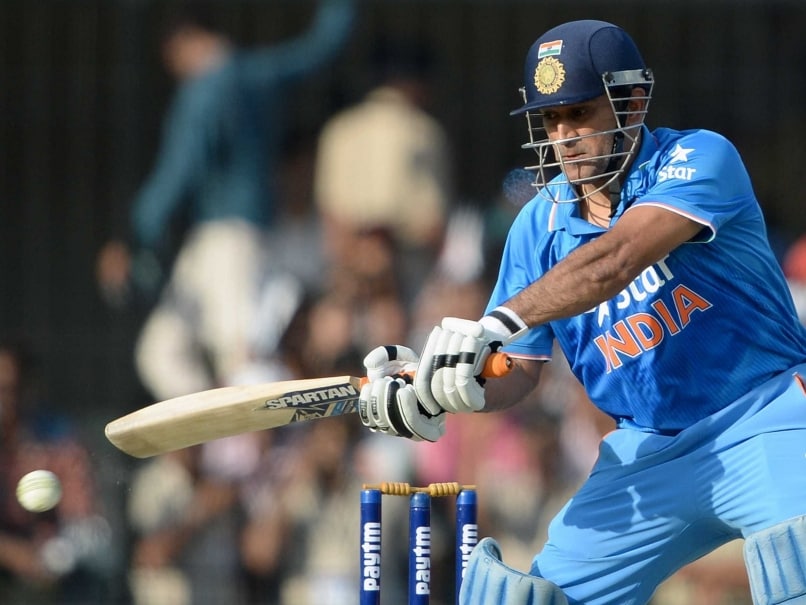 Mahendra Singh Dhoni has suffered from indifferent form following his retirement from Tests in December 2014.© AFP

Dhoni's indifferent form of late, after quitting Test cricket, has been a talked-about issue but Viswanath backed the Jharkhand dasher. (Mahendra Singh Dhoni Plays for India, Not Critics: Sunil Gavaskar)

"I think retirement is an individual decision which cannot be forced on someone. He has done enough and he knows the best as to when exactly is the right time for him to go. Also, times have changed in Indian cricket," the 66-year-old Viswanath told PTI during an interaction.

"I believe the BCCI as well as the selectors give a player ample indication so that he can prepare for his exit. It wasn't exactly the same earlier. There would be times, when a player would be dropped for good and would never make a comeback," he said.

The veteran of 91 Tests gave thumbs up to Test captain Virat Kohli's attacking approach and doesn't mind him going for a win irrespective of the match situations.

"The results of the Indian Test team under Virat Kohli, has been good so far. It is a young team. It is a good side especially as far as batting is concerned. I like Virat's attitude of trying to go for a win. You should always try to grab the opportunities that comes your way. That is obviously a very good sign and he should continue being like this," he feels.

During his playing days, art of saving a Test match was considered as important as art of winning a Test match. Drawing attention during last year's Adelaide Test, where Kohli could have ideally downed the shutters and saved the match, Viswanath said it is a learning process.

"He is a young captain. So he will certainly learn the ropes one by one with experience. Now if you are talking about saving a Test match or how Sunil Gavaskar was an expert at doing so, then you have to understand that times have changed."

"When Sunny (Sunil Gavaskar) was playing, look at the record books, an ideal Test match day would have 65-70 overs. The over rates have improved a lot. In a day, when only 70 overs at the maximum are bowled and 235-240 runs scored, it was an easier job. Now the moment, you are playing 90 overs, the game-plan changes completely," Viswanath said.

"With the advent of Twenty20 and ODI cricket, the range of shots that batsmen have has increased. Now the extra overs that you get, can prompt a team to go for a win. I see no harm in that," he said.

Among the current crop of young Indian batsmen, Murali Vijay's consistency has impressed the man, who was considered to be a pioneer batting artist.

"Leave Virat aside, the two batsmen who are really impressive are Ajinkya Rahane and Murali Vijay. Especially, I would say Vijay, who has been so consistent. I loved the manner in which he (Vijay) batted in England.

"It is important to have an idea as to what are the deliveries that you are going to leave. Vijay really left balls well in England. He has scored runs against all top Test playing countries," Viswanath signed off.

Comments
Topics mentioned in this article
MS Dhoni Gundappa Ranganath Viswanath Cricket
Get the latest updates on T20 World Cup, check out the T20 World Cup Schedule and Live Score . Like us on Facebook or follow us on Twitter for more sports updates. You can also download the NDTV Cricket app for Android or iOS.