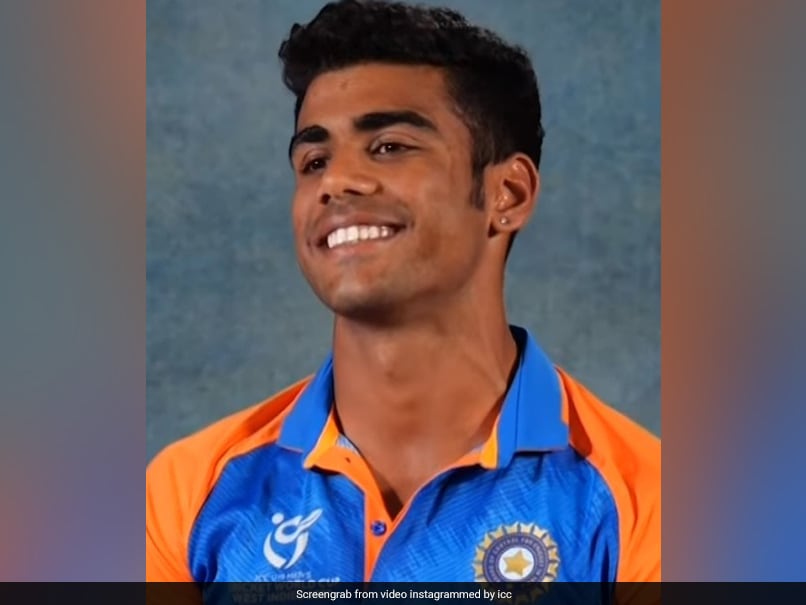 Maharashtra State Sports Commissioner Omprakash Bakoria has written to the BCCI seeking "strict action" against India U-19 World Cup-winning member Rajvardhan Hangargekar for age fraud. In a letter dated February 8, Bakoria wrote to BCCI secretary Jay Shah that the pacer had altered his birth date from January 10, 2001 to November 10, 2002 and was thus over-age when he competed in the recently-concluded U-19 World Cup.

"The conduct of Mr Rajvardhan Hangangekar is against the sports integrity and ethics. It deprives fair play and results into damages to the reputation of the nation. Therefore, you are requested to take strict action in accordance with the law," Bakoria wrote.

The letter has also been marked to secretary of Maharashtra Cricket Association Riyaz Bagban.

Bakoria further wrote, "As per the inquiry and the report, it reveals that Mr Rajvardhan Hangargekar has started his academic career from Terna Public School, Osmanabad. It is governed by the school code prescribed by the Government of Maharashtra." "At the time of admission of Rajvardhan Hangargekar in 1st standard at Terna Public School (primary division) Osmanabad, the date of birth is provided as 10/01/2001. The school record speaks that the birth date of Mr Rajvardhan Hangagekar up to seventh standard is recorded as 10/01/2001." The commissioner alleged that the school made "unauthorised corrections" to Hangargekar's birth date.

"As per the general register maintained by the Terna Public School, Osmanabad, his birth date is 10/01/2001. It appears unauthorised corrections (were) made by the Head Master and his birth date is recorded as 10/11/2002 at the time of fresh application for 8th standard." "If the headmaster requires any corrections in the birth date, it is necessary to take prior permission of the education officer of the concerned district. However, no such permission has been taken for making changes in the birth date of Mr Rajvardhan Hangargekar.

"Therefore said corrections are made in excess of power and amount to cheating and forgery in government records," the senior IAS officer stated.

"On the basis of the fabricated record, Mr Rajvardhan Hangargekar seems to have secured a position in the national team of India. As per the report of Chief Executive Officer (IAS) Zilla Parishad, Osmanabad, the birth date of said player is 10/01/2001 and therefore, he has completed 21 years of age at the time of the tournament.

"Despite of the fact, he has secured a position in the U19 team participating in the ICC (U-19) World Cup 2022." The PTI tried to contact Maharashtra Cricket Association secretary Bagban and Hangargekar for a response, but both could not be reached.

Earlier Manjot Karla, who struck a match-winning century in the final of 2018 U-19 World Cup, was banned for two years from playing for Delhi, for age fraud.

In September 2011, Maharashtra's Ankit Bawne was removed from India U-19 squad after the date of birth in his passport did not match with the one in his birth certificate and the BCCI records. PTI NRB APA AH

India U19 BCCI
Get the latest updates on IPL Auction 2023 and check out  IPL 2023 and Live Cricket Score. Like us on Facebook or follow us on Twitter for more sports updates. You can also download the NDTV Cricket app for Android or iOS.