"Have To Take Five": Anil Kumble's Message For Kuldeep Yadav Before Test Debut

Kuldeep Yadav recalled how then India coach Anil Kumble's words motivated him ahead of his Test debut against Australia. 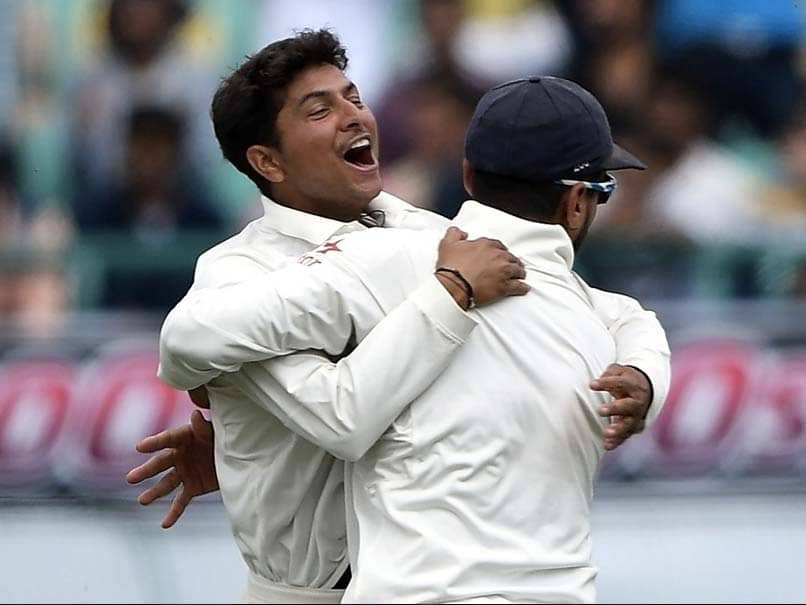 Kuldeep Yadav picked up figures of 4-68 in the first innings of his Test debut against Australia.© AFP

India's leading left-arm wrist spinner Kuldeep Yadav revealed what Anil Kumble told him ahead of his Test debut in 2017 against Australia that motivated him to put in an impressive performance. The wily spinner revealed that Kumble, who was the head coach of the Indian cricket team at the time, gave him valuable advice and helped him a lot when he first came into the Indian side. "Anil Kumble had helped me a lot in my first series. When I had come into the team, he kept giving me inputs on my bowling," Kuldeep told NDTV.

Kuldeep Yadav then went on to reveal Kumble's motivational words.

"On the day before my Test debut, he told me at lunch that you have to take five wickets," Kuldeep said.

"I couldn't respond for a few moments, but then said I'll definitely do it," he said.

Kuldeep went on to bowl an impressive spell in the first innings of the Test in Dharamsala, claiming David Warner as his first international wicket.

He fell just short of his promise of a five-wicket haul to Kumble, but his impressive figures of 4-68 helped India win the series decider.

"Whenever I played with Dhoni, I never felt the absence of my coach, because he would speak to me like one and give me a lot of advice. He would always tell me to focus on spinning the ball, and from behind the wickets he would release a lot of pressure," the spinner said.

"Sometimes you are only focused on bowling and not the fielding, so he would set the field from behind the stumps," Kuldeep added.

"He would tell you the little things about what to do in the game before the match. As a senior player, he has supported me and (Yuzvendra) Chahal a lot and handled us very well," he said.

"The captain (Virat Kohli) was always there for us but his presence was also very crucial," Kuldeep signed off.