Kevin Pietersen's video about COVID-19 was welcomed with some retorts on social media. 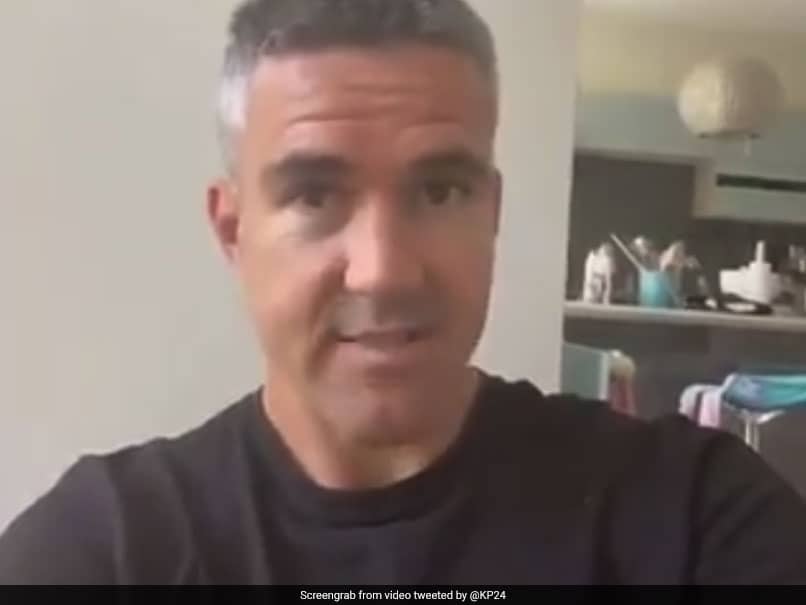 Kevin Pietersen shared a video of himself on social media.© Twitter

Former England cricketer Kevin Pietersen has been active on social media platforms to entertain his fans as the world fights against coronavirus. In his latest tweet, Pietersen shared a hilarious TikTok video of himself in which he can be seen saying something offbeat about COVID, the response to which was quite funny. Pietersen keeps finding new ways to entertain his fans on social media platforms. Kevin Pietersen's latest tweet is the first instance of him sharing a TikTok video on his Twitter handle.

Oh Mr. Pietersen, you are TOO much.

You gonna rock on #tiktok too🤣😂🤘

What divoc video this, KP!

Kevin Pietersen has also been involved in Instagram live sessions with many cricketers from around the world. Last month, Pietersen and Indian captain Virat Kohli engaged in a chat on Instagram. During the chat, Kohli and Pietersen spoke about various topics ranging from the situation of coronavirus in their respective countries to the IPL memories they have shared while playing for the Royal Challengers Bangalore together.

The right-handed batsman has been one of the most prolific batsmen in the history of the game. Pietersen has played 104 Test matches for England and has managed to score 8,181 runs with an average of 47.28 and also has twenty-three Test centuries to his name.

In ODIs, Kevin Pietersen featured in 136 matches for England and smashed 4,440 runs with an average of 40.73 and a strike rate of 86.58 with nine centuries as well.

Pietersen played thirty-seven T20I games for his team and scored 176 runs in the shortest format of the game. He averaged 37.93 and had a healthy strike rate of 141.51 with the highest score of 79.

Royal Challengers Bangalore Cricket
Get the latest updates on IPL 2021, IPL Points Table , IPL Schedule 2021 , live score . Like us on Facebook or follow us on Twitter for more sports updates. You can also download the NDTV Cricket app for Android or iOS.