Kevin Pietersen took a dig at the former New Zealand all-rounder Scott Styris after sharing a video of him executing a switch hit off the Kiwi. 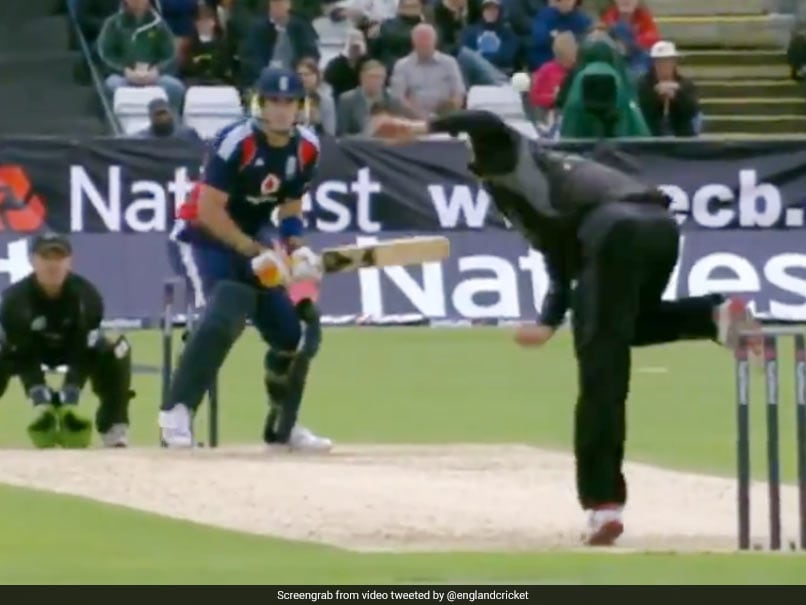 Kevin Pietersen featured in 104 Test matches for England during his career.© Twitter

Kevin Pietersen, the retired English batsman, has been active on social media recently. Pietersen has conducted various fun Instagram live chat sessions with cricketers from across the globe, including one with Indian captain Virat Kohli. In his latest post on Twitter, Pietersen has shared a tweet by the official Twitter handle of English Cricket. In the video, Kevin Pietersen can be seen playing his famous switch hit in a match against New Zealand. The bowler at the receiving end of his shots was Scott Styris who seemed to be amused at Pietersen's stroke play. Pietersen captioned his tweet, 'Smacking pies! @scottstyris.

Kevin Pietersen made the switch hit popular and was one of the best when it came to executing the shot.

The former right-handed batsman has been spending time with his family as the world battles against the coronavirus pandemic. In his recent Instagram chat with Virat Kohli, Pietersen and Kohli talked about the importance of staying indoors during this time. During their chat, Kohli and Pietersen also talked about the time when they played together for the Royal Challengers Bangalore.

The English batsman had praised Virat Kohliand said that the Indian captain was very inquisitive during his early IPL days. He added that Kohli always wanted to learn from experienced players around him.