Kevin Pietersen, a Chelsea FC fan, was present at Stamford Bridge as the Premier League leaders took on Manchester United in the FA Cup quarterfinal. 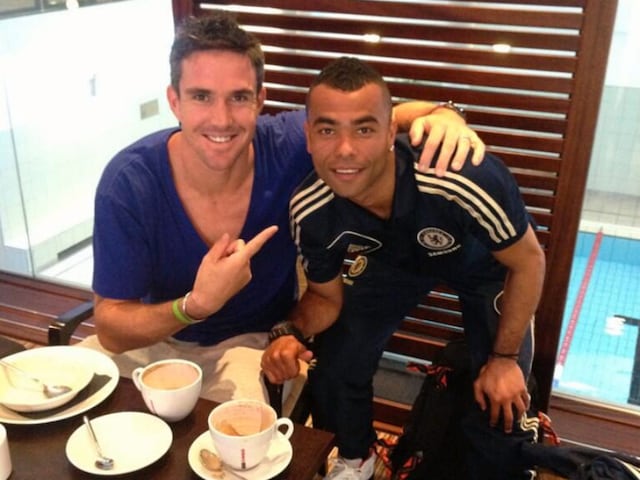 Former England cricketer Kevin Pietersen is a known Chelsea FC fan and was in high spirits before the start of the FA Cup quarter-finals between the runaway Premier League leaders and Manchester United. The middle-order batsman thought it was an opportune time to take a dig at United midfielder Marouane Fellaini and tweeted, "Thumbs up for Fellaini winning another raffle here at @ChelseaFC this eve!." However, twitterati were not amused and decided to turn the tables on the South African-born cricketer.

The English cricketer, who was present at Stamford Bridge for the FA Cup quarter-final between Antonio Conte's men and Jose Mourinho's side, wrote the caption and put a picture of himself wearing a khaki coloured jacket.

Thumbs up for Fellaini winning another raffle here at @ChelseaFC this eve! pic.twitter.com/f4P38meB5C

It was pretty much a massacre after that as Twitter users brutally trolled Pietersen for his outfit.

Here are some of the funniest ones:

@KP24 @ChelseaFC won that suit in a raffle by the looks of it..

@KP24 @ChelseaFC straight red that......
for your tailor! #alloveritlikeaKPsuit

@KP24 @ChelseaFC woeful dress sense. My 70 plus dad dresses better than that

Pietersen at least had something to cheer about as Chelsea beat Manchester United 1-0 to join Arsenal, Tottenham Hotspur and Manchester City in the FA Cup last four.

Midfielder N'Golo Kante scored the only goal of the quarter-final as Chelsea dominated the match after the Red Devils had been reduced to 10 men following Ander Herrera's sending off.

Comments
Topics mentioned in this article
England Cricket Team Kevin Pietersen Chelsea Manchester United Marouane Fellaini Football Cricket
Get the latest Cricket news, check out the India cricket schedule, Cricket live score . Like us on Facebook or follow us on Twitter for more sports updates. You can also download the NDTV Cricket app for Android or iOS.