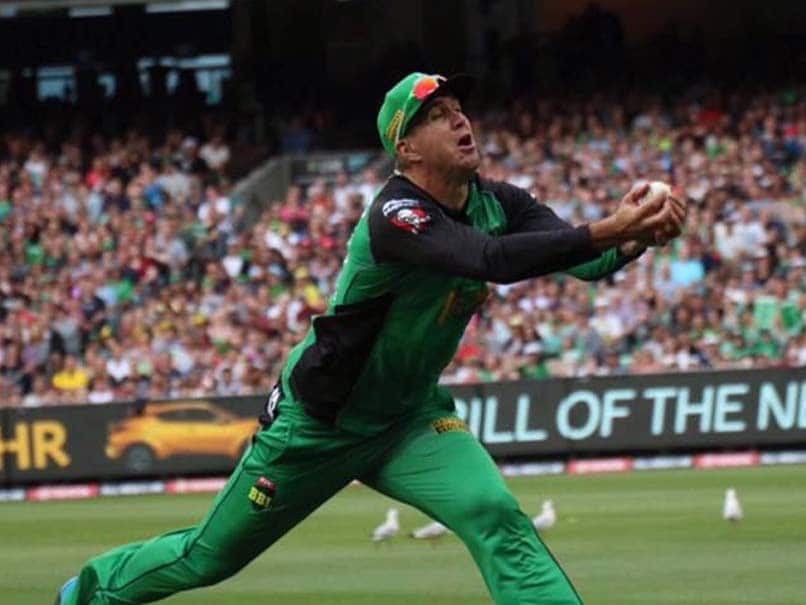 Kevin Pietersen has been fined by Cricket Australia for breaching a code of conduct.© BBL/Twitter

Kevin Pietersen was charged with a breach of code of conduct in the Big Bash League (BBL), for which he was fined too. The former England skipper was reported for breaching Cricket Australia's (CA) code of conduct in making a comment detrimental to the interests of the sport while playing for Melbourne Stars against Perth Scorchers in a semi-final in Perth on January 24.

The offence occurred during the Scorchers' innings, when batsman Sam Whiteman was given not out following an appeal for caught behind by the Stars, and Pietersen commented on the umpire's decision while wearing a microphone on-field.

Pietersen was heard to say during the television coverage when Whiteman appeared to edge a ball from paceman Scott Boland: "He says it could have been glove or pad, and I said: 'well, he's got big gloves and big pads to reach that' -- massive nick."

After the match, Whiteman admitted he had hit the ball, while the match umpire Shawn Craig also conceded he had made an error.

Under the code procedure, match referee David Talalla considered the umpires' report and the proposed sanction was a Aus$5,000 ($3,800) fine.

Pietersen accepted the charge but elected to dispute the sanction. The match referee set a hearing for Thursday and announced the decision was upheld Friday.

Pietersen now has 48 hours to decide whether to appeal and have the matter heard by a CA code of conduct commissioner.

Comments
Topics mentioned in this article
England Cricket Team Kevin Pietersen Cricket
Get the latest updates on ICC T20 Worldcup 2022 and CWG 2022 check out the Schedule, Live Score and Medals Tally. Like us on Facebook or follow us on Twitter for more sports updates. You can also download the NDTV Cricket app for Android or iOS.