Karun Nair married his long-time girlfriend Sanaya Tankariwala in Udaipur and was congratulated by Shreyas Iyer and Varun Aaron on Instagram. 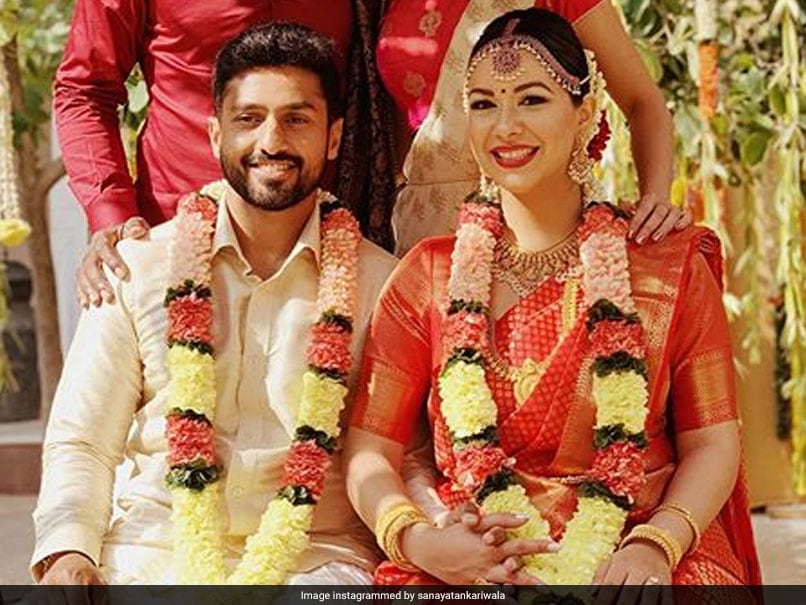 Karun Nair is only the second Indian to score a triple century in Test cricket.© Instagram

Karun Nair, only the second Indian to score a triple century in Test cricket, tied the knot with his long-time girlfriend Sanaya Tankariwala in Udaipur. Shreyas Iyer, Varun Aaron, Yuzvendra Chahal, Shardul Thakur and Ajinkya Rahane were among the few Indian cricketers who attended Karun Nair's wedding and post-wedding celebrations. "To a lifetime of love and happiness," fast bowler Varun Aaron, who has played nine ODIs and as many Tests for India, wrote on Instagram along with the wedding picture of Karun Nair and Sanaya Tankariwala.

To a lifetime of love and happiness !! @sanayatankariwala @karun_6

Middle-order batsman Shreyas Iyer posted pictures on Instagram with spinner Yuzvendra Chahal and fast bowler Shardul Thakur from an evening party hosted by the newlywed couple. All three cricketers are part of India's squad for ongoing ODI series against Australia. 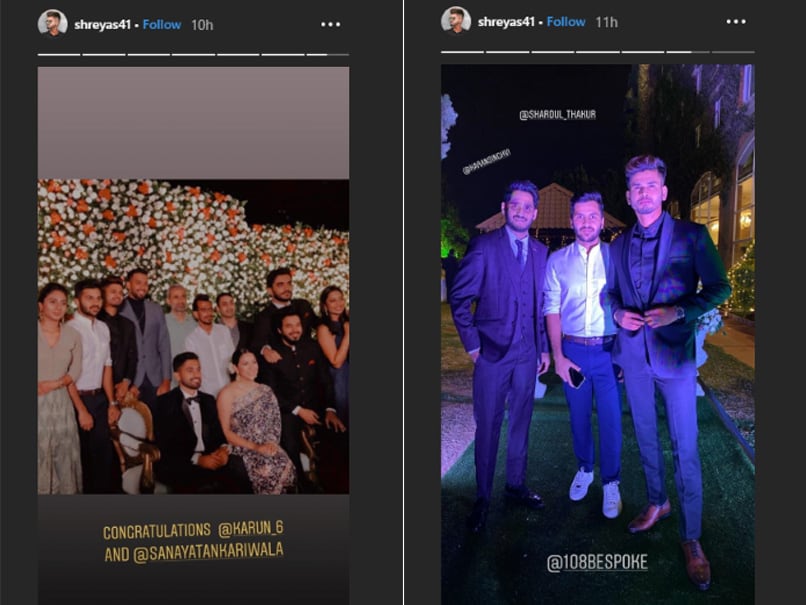 Many of Karun Nair's fans posted pictures of his wedding and reception on social media. India's Test team vice-captain Ajinkya Rahane was also spotted in one of the pictures at Karun Nair's party with his wife Radhika Dhopavkar and little daughter.

In June last year, Nair had announced his engagement to long-time girlfriend Sanaya. "She said 'YES," he said along with a picture of the couple.

His fiancee also posted pictures of the couple on her Instagram handle.

The 28-year-old Rajasthan-born batsman, who plays for Karnataka, scored an unbeaten knock of 303 runs against England in Chennai in December, 2016.

Despite having scored a triple hundred, Nair hasn't played much of cricket for India after that. He last played for his India in a Test series against Australia in March, 2017.

Having scored 374 runs in six Tests, Nair has also played two One-day Internationals, in which he managed to score 46 runs.

Ajinkya Rahane Shreyas Iyer Cricket
Get the latest updates on ICC T20 Worldcup 2022, check out the Schedule and Live Score. Like us on Facebook or follow us on Twitter for more sports updates. You can also download the NDTV Cricket app for Android or iOS.