Jos Buttler had a fine stint with Rajasthan Royals in IPL 2018. 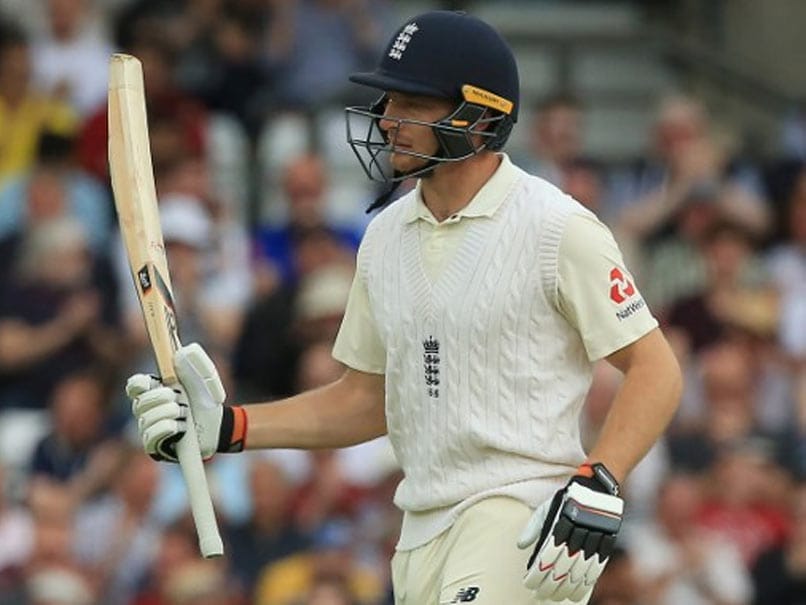 Jos Buttler has been in top form for England after making a comeback to Test cricket.© AFP

Jos Buttler was in terrific form for England in the just-concluded Test series against Pakistan at home. The wicketkeeper-batsman has been viewed as a limited-overs specialist but made a comeback to Test cricket following some superlative performances in the Indian Premier League (IPL) 2018 for Rajasthan Royals. The 27-year-old returned to the England Test side after a gap of 18 months and made an immediate impact with a fine 67 in the first Test at Lord's followed by a match-winning knock of 80 in the second Test at Headingley.

The English batsman was one of the main reasons behind Rajasthan's resurgence this season but had to leave just before the playoffs to report for national duty.

"Those couple of weeks in the IPL gave me huge amounts of confidence," Buttler was quoted as saying by the ICC website.

"To be in those pressure situations in India, playing in front of crowds, the pressure of being an overseas player. That showed me a lot about where I was at and where I can get to, so that gave me a lot of confidence," he added.

The right-hander made a fast start to life in the longest format, hitting five half-centuries in his first eight Tests. However, post the 2015 Ashes, Buttler's fortunes took a turn for the worst and he managed to pass 50 just once more in his next 10 Tests.

The downturn in form saw Buttler being dropped from the team following a 0-2 series defeat Pakistan in October 2015 and dropped again after a 0-4 drubbing at the hands of India in December 2016.

"I started to think too much about how to not get out, as opposed to how to score runs," he said. "I got in a really bad rut that I just couldn't get out of. The only real way to get out of it was to be dropped. And actually, being dropped released a lot of pressure. It wasn't very long after that that I made an ODI hundred in Dubai, which was a turnaround for me after a long and hard six months," said Buttler.

The Englishman also said that the shortest format of the game made him realise the need to accept occasional failures.

"In T20 there's generally another game soon after, so you know you've got another opportunity coming up.

"You probably just move on if you fail. But in Test cricket, if you get out early, you have a long time to think about it," he said.

Buttler, however, is not getting too carried away with his recent form and is determined to remain grounded.

"I've only played two Test matches coming back so I'm not going to get too far ahead of myself."