England batsman Jonathan Trott, who left the Ashes in Australia midway, said he was relieved to get away from all the cricket, unsure he wanted to play anymore. 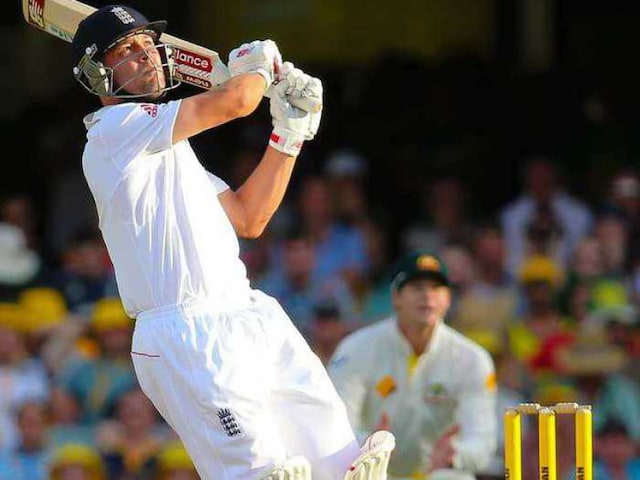 File Photo: Jonathan Trott said he was not scared of Johnson.© AFP
London:

England batsman Jonathan Trott insisted Saturday that Australia fast bowler Mitchell Johnson was not responsible for his early exit from England's Ashes tour as he criticised Michael Vaughan's reaction to his health problems.

When Trott quit what turned out to be a 5-0 Ashes thrashing by Australia after twice falling cheaply to fast bowler Johnson in the first Test in Brisbane, England officials said he was suffering from a "stress-related illness".

However, South Africa-born batsman Trott later told Sky television he'd been "burnt out" but was not depressed.

That prompted Vaughan, England captain from 2003-2008, to write in his Daily Telegraph column in March that he felt "conned" because he thought Trott's comments in the interview were a sign he'd been struggling for cricketing reasons, not mental health ones.

However, in an interview with Saturday's Daily Mail, Trott said: "A lot of people said it was Mitchell Johnson but it really wasn't. It was what was going on with me; self-inflicted really.

"Give him (Johnson) credit. He bowled really well in the one-day series and Tests...I've actually had a few centuries against Johnson, so I wouldn't say it's a technique issue.

"But without digging deeper and finding out what's going on, that's what people focus on," added Trott, who in 49 Tests has scored 3,763 runs including nine hundreds at an average of 46.75.

Trott, 33, has not played for England since the Brisbane match although he subsequently returned to county duty with Warwickshire, although a recurrence of the illness in April led to another break from cricket.

But since coming back again with the Midlands county in June, Trott has been in fine form for Warwickshire with four centuries -- two each in the County Championship and the 50-over One Day Cup.

After his second break from cricket, Vaughan wished Trott a speedy recovery but the way in which he initially responded had left its mark.

"There were a few people who had a go at me and I suppose it gives a true reflection of their personality," Trott said.

"I guess there will always be people who don't like you...But it was quite hard to take, from someone who had played in the England team. That's the measure of the person you are dealing with I suppose."

Reflecting on his state of mind when he first took time out, Trott said: "I wasn't sure if I wanted to play cricket any more. It became a relief to be away from it."

"I'd found someone who understood me," Trott said. "Someone I could speak to. I called Abi (Trott's wife) and I just said 'I'll be fine now'."

As for his current state of mind, Trott said: "I'm just enjoying playing for Warwickshire right now and if I get the chance to play for England again, great."

But he added it was harder to convince people of a recovery in his case. "I guess people are a bit more wary than if it was an (physical) injury...There is less evidence to, I suppose, to prove I am better."

Unfortunately for Trott, he was lbw for just two to former England team-mate Paul Collingwood while batting for Warwickshire against Durham in the One-Day Cup final at Lord's on Saturday.

Comments
Topics mentioned in this article
England Cricket Team Australia Cricket Team Jonathan Trott Mitchell Johnson Michael Vaughan Cricket
Get the latest updates on IPL 2020, check out the IPL Schedule for 2020 and Indian Premier League (IPL) Cricket live score . Like us on Facebook or follow us on Twitter for more sports updates. You can also download the NDTV Cricket app for Android or iOS.