Jofra Archer said that England's cricketing authorities need to use the World Cup win to keep youngsters interested in cricket over the long term. 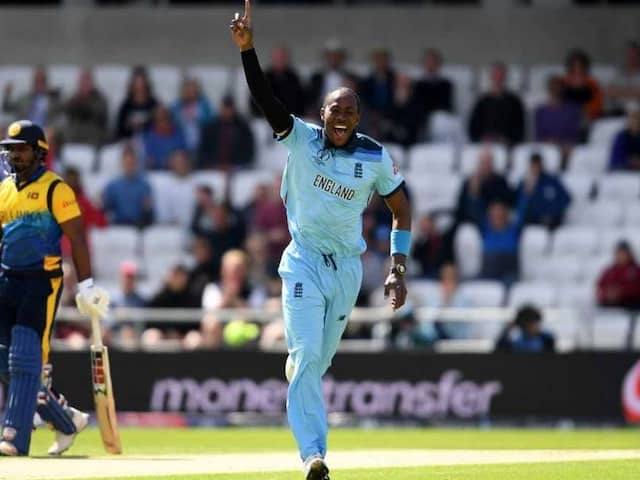 English cricket authorities must make the most of the thrilling World Cup triumph in July to encourage youngsters to take up the sport over the long term, according to England pace bowling star Jofra Archer. The 24-year-old Barbados-born bowler -- who made an immediate impact when he became eligible to play for England earlier this year -- showed remarkable nerve bowling the decisive Super Over in the World Cup final against New Zealand. England won the trophy due to countback on the amount of boundaries scored after the match ended tied and the sides were level after the Super Over.

Archer said it was encouraging to see the way young people were inspired by the World Cup win to start playing the game, But he said authorities needed to find ways to keep them interested over the long term.

"I've seen many videos of kids playing, doing their celebrations in the back garden," he said.

"I think the World Cup is going to get spoken about for many years to come.

"We do need to use it. I think we need to push it a lot further.

"Look at the kids. It's wet and muddy but I don't think they care. It makes us happy to see them playing and wanting to do better."

Archer, who plays his county cricket for Sussex, said his message to aspiring cricketers is their success or belief in being able to succeed has to come from within.

"Never give up," he said. "If no one believes in you, you have to believe in yourself.

"You never know where cricket can take you in two weeks, two months or a year... Anything is possible."

Archer said on an international front he hoped England would build on the World Cup victory and the drawn Ashes series.

"We want to climb the rankings in the Test Championship. I think we can make history," he said.

"We have started already. Hopefully we can win back-to-back (World Cups).

"Who's to say we can't? Everyone is around the same age in the group we have got together. We will be together for a lot more years."