The members of the Indian women's cricket squad, who are in the UAE for the Women's T20 Challenge, celebrated the end of quarantine with Jemima Rodrigues leading it in her own style. 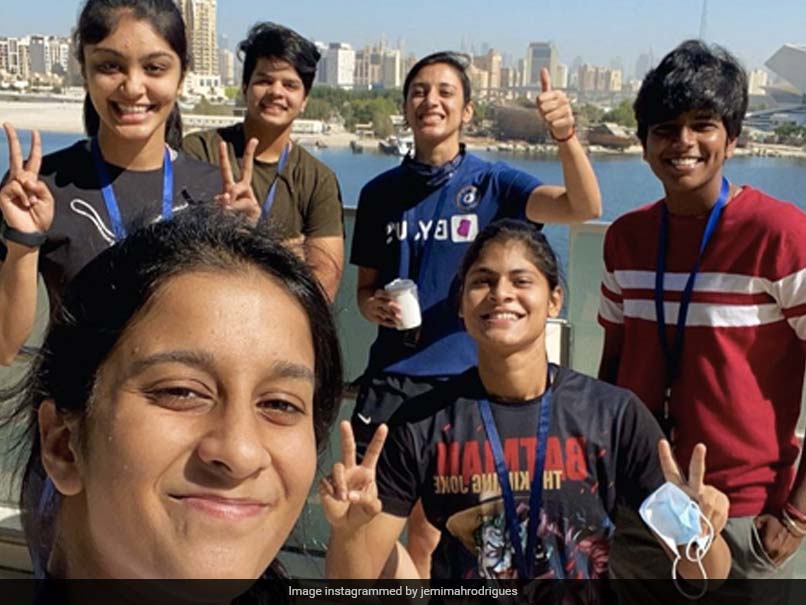 Indian women's team cricketer Jemimah Rodrigues, who is in the United Arab Emirates for the Women's T20 challenge, took to Twitter to share a video in which she can be seen celebrating the end of her mandatory quarantine period. In the 11-second video, Rodrigues can be capturing Harleen Deol dancing around her India teammates, Smriti Mandhana, Shafali Verma and Radha Yadav. "END OF QUARANTINEEEEE!! @mandhana_smriti @imharleenDeol @Radhay_21 @TheShafaliVerma," the right-handed batter captioned the video on Twitter.

The Women's T20 challenge will be a three-team event, scheduled to be played between November 4 and November 9.

Each team will face each other once and the top two sides will qualify for the final.

All the four matches will be played at the iconic Sharjah Cricket Ground.

The Board of Control for Cricket in India (BCCI) had announced the three squads earlier this month.

International stars like Danielle Wyatt, Deandra Dottin and Chamari Atapattu were also named in the squads that were picked by All-India Women's Selection Committee on October 11.

Thailand's Natthakan Chantham, who scored her country's first Women's T20 World Cup half-century, will become the first Thai cricketer to feature in the tournament, a BCCI statement had said.

On November 4, last year's finalists Supernovas will take on Velocity to begin the women's T20 challenge 2020.

India Women Harmanpreet Kaur Mithali Raj Cricket
Get the latest updates on India vs South Africa and check out  Schedule, Results and Live Score. Like us on Facebook or follow us on Twitter for more sports updates. You can also download the NDTV Cricket app for Android or iOS.