Jasprit Bumrah took to Instagram to share a picture along with a heart-warming birthday wish for his sister Juhika. 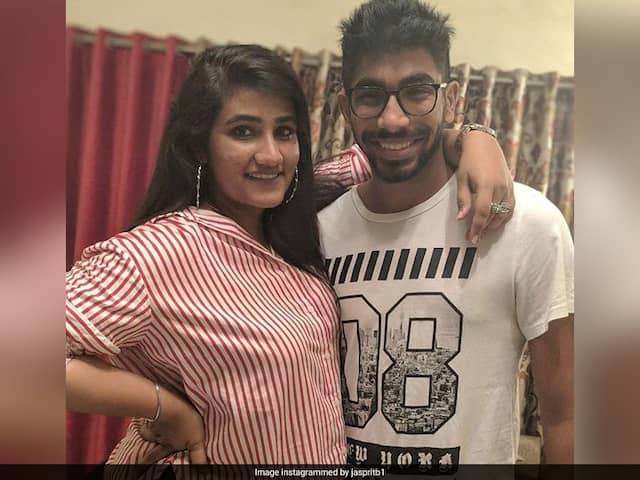 Jasprit Bumrah posted an adorable picture with his sister Juhika on her birthday.© Instagram

Jasprit Bumrah, India fast-bowler, took to Instagram on Thursday to pen a warm birthday message for his sister Juhika. Jasprit Bumrah shared an adorable picture with his sister and wrote "You have a way of brightening everyone's world with your warm smile & beautiful soul. With each passing year, I hope you shine brighter & all your wishes come true. Happy birthday Juhika. #sistersbirthday." Soon after the fast-bowler shared the picture on Instagram, fans came in numbers and filled Bumrah's post with warm birthday greetings.

You have a way of brightening everyone's world with your warm smile & beautiful soul. With each passing year, I hope you shine brighter & all your wishes come true. Happy birthday Juhika. #sistersbirthday

Bumrah, in his last international appearance, had an average outing in New Zealand across all the three formats.

The right-arm fast-bowler, for the first time in his career, failed to pick a single wicket in the One-day International format as he went wicketless in the 50-over format against New Zealand earlier this year.

In the Twenty20 Internationals, Bumrah managed to get just six wickets from five games.

In Tests, the pacer bowled over 61 overs and could only get six wickets to his name.

Bumrah, much like other current and former cricketers, has been spending more time on social media during the ongoing forced break from the game due to the coronavirus.

The 26-year-old pacer, who plays for the Mumbai Indians, was looking forward to the 13th edition of the Indian Premier League.

However, due to the ongoing health crisis, the Board of Control for Cricket in India postponed the lucrative league indefinitely as a precautionary measure to stop the spread of the virus.