Jason Roy Desperate To Return To Cricket, Even Behind Closed Doors

Jason Roy had a taste of playing in an empty stadium in the Pakistan Super League (PSL) earlier this year and said it was a bizarre experience. 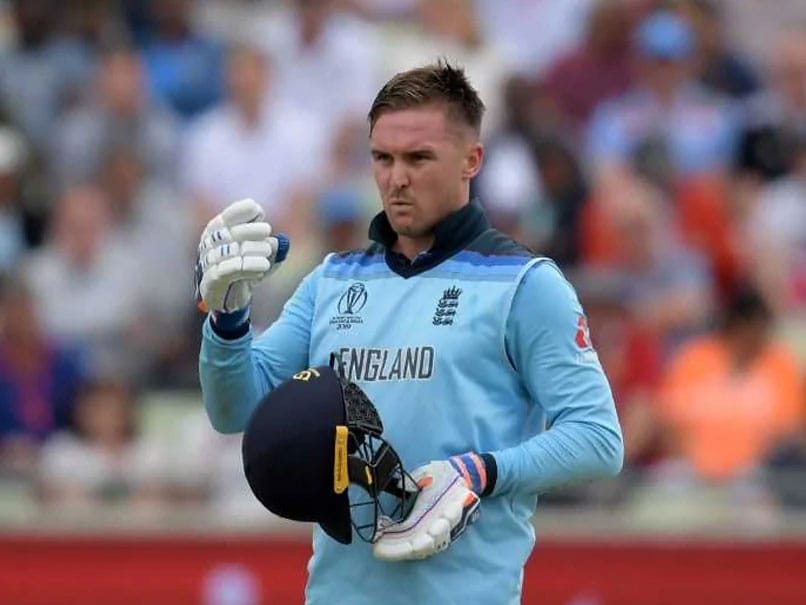 Jason Roy is desperate to get back to playing cricket.© AFP

England opener Jason Roy is desperate to get back to playing cricket, even if matches have to take place behind closed doors due to the coronavirus pandemic. Jason Roy, who was part of England's World-Cup winning team last year, had a taste of playing in an empty stadium in the Pakistan Super League (PSL) earlier this year and said it was a bizarre experience. "No atmosphere," said the 29-year-old. "Simple as that to be honest. It was a very strange feeling.

"You're used to, as a batsman, with the bowler running in, it being relatively quiet. You learn to block out the crowd but then as soon as that ball's done you hear the crowd going absolutely berserk and over there when that was the case it was dead silence, it was the strangest thing."

The PSL, a Twenty20 competition, closed its doors to spectators in March before suspending the competition days later due to coronavirus.

Despite that experience, Roy, a destructive opening batsman, wants to get back to playing, with the start of the English season delayed until July 1 at the earliest.

"I'm more than happy to play behind closed doors," he said. "I think it would be nice just to get out there."

The Surrey player said the British government's lockdown meant he was severely limited in his ability to practice.

"I'm shadow-batting in the mirror, I'm looking pretty good," he joked. "So that's all I can do, to be honest, hitting a tennis ball against my wall here at home, going a bit stir crazy."

Roy said the ongoing disruption meant it could make sense to postpone the T20 World Cup, scheduled for Australia in October, but he said the players would make sure they were ready if it went ahead.

He said he was happy to start playing again when asked to by his bosses because he trusted their judgement, describing himself as a "pawn in the sporting world".

Roy was asked about comments made by Barcelona footballer Ivan Rakitic, who told the Spanish press he was ready to take the risk of returning to action despite the virus.

Roy said: "If an individual wants to go onto the front line and put himself at risk then good on him but if someone doesn't want to, then I don't think they should be ashamed of it either.

"Whatever's right in that situation. If the country desperately needs us to play cricket to make themselves feel better... but I'm not sure that's the case."

Meanwhile, the Daily Telegraph reported that England could begin their rescheduled three-Test series against the West Indies on July 8.

The series was originally due to start on June 4 at the Oval. However, the spread of the coronavirus scuppered the plans.

England captain Joe Root and his West Indies counterpart Jason Holder have now been involved in talks over the rescheduling.

"Positive ongoing discussions with the ECB and CWI continued on Friday," a spokesperson for the England and Wales Cricket Board said.

"Both boards were represented including captains, coaches, administrators and the chief medical officers from the respective boards.

"Discussions were wide-ranging including dialogue around revised schedules and COVID-19 medical and biosecurity planning.

"Meetings will be ongoing over the next few months to reach an outcome of when international cricket could potentially return."

Jason Roy Cricket
Get the latest updates on India vs South Africa and check out  Schedule, Results and Live Score. Like us on Facebook or follow us on Twitter for more sports updates. You can also download the NDTV Cricket app for Android or iOS.