'It's Over': Australia Paceman Mitchell Johnson Retires From Cricket

Mitchell Johnson said he experienced back problems during this year's IPL and "that was probably a sign that it was time to move on". 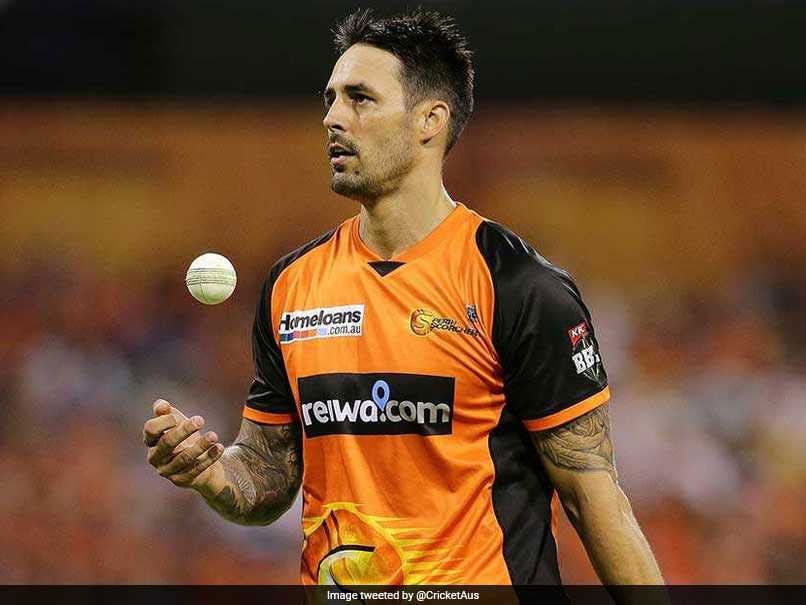 Mitchell Johnson said he would consider channelling his competitive edge into coaching.© Twitter

Australian fast bowler Mitchell Johnson said Sunday he was retiring from all forms of cricket as his body was "starting to shut down", almost three years after he stepped down from the international game. The 36-year-old quit Twenty20 Big Bash League (BBL) team the Perth Scorchers last month, but had not ruled out playing in the Indian Premier League or other domestic T20 competitions. "It's over. I've bowled my final ball. Taken my final wicket. Today I announce my retirement from all forms of cricket," Johnson wrote for the Perth Now news website on Sunday.

"I had hoped to continue playing in various Twenty20 competitions around the world until perhaps the middle of next year. But the fact is my body is starting to shut down."

Johnson said he experienced back problems during this year's IPL and "that was probably a sign that it was time to move on".

"I'm ready to break clear of playing cricket and move on to the next period of my life," he added.

"If I can't play at 100 percent then I can't give my best to the team. And for me it's always been about the team."

Johnson said he would consider channelling his "competitive edge" into a coaching or mentoring role in the future.

Renowned for his ferocious pace, Johnson announced his retirement from international cricket during the Test series against New Zealand in Perth in November 2015, saying he had lost the hunger to play the long form of the game.

From the coastal Queensland city of Townsville, Johnson made his first class debut with the state in 2001 before getting his start in the Test team in 2007.

Described by long-time mentor Dennis Lillee as a "once in a generation" bowler, the former ICC Cricketer of the Year played 73 Tests for Australia, claiming 313 wickets.

Johnson joined the Scorchers following his retirement from international cricket. In the IPL, he had stints with the Mumbai Indians, Kolkata Knight Riders, Kings XI Punjab.

Australia Cricket Team Mitchell Johnson Cricket
Get the latest updates on ICC T20 Worldcup 2022 and CWG 2022 check out the Schedule, Live Score and Medals Tally. Like us on Facebook or follow us on Twitter for more sports updates. You can also download the NDTV Cricket app for Android or iOS.