Ishant Sharma said not many people follow Test cricket and that is why he wants to be a part of 50-over World Cup winning side. 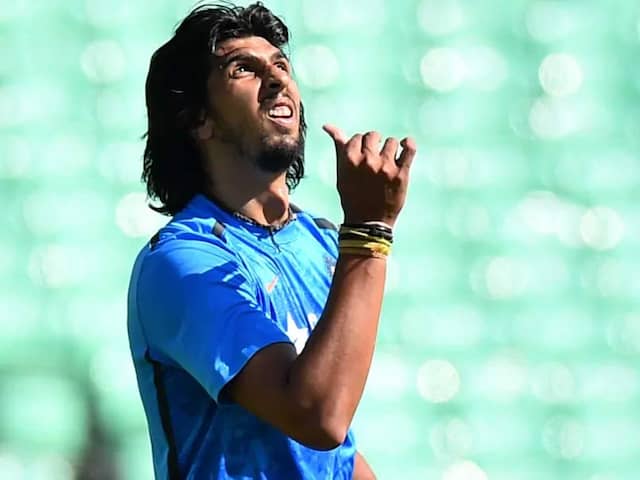 India pacer Ishant Sharma is eyeing an ODI comeback and wants to be a part of the World Cup-winning team. Ishant, who is regarded as the vital cog of the Test bowling line-up, last played an ODI in January 2016. He has played 80 ODIs and scalped 115 wickets at an average of 30.98. The speedster has been in great touch in the recent longest format series.

"Obviously, I would love to play in a World Cup. Actually, I want to be part of a World Cup-winning team, as it will be a different feeling altogether. We are playing the World Test Championship, which is equivalent to a World Cup in Test cricket, but you realise that not a lot of people follow it, while an ODI World Cup is widely followed," Ishant told Deep Dasgupta in a videocast hosted by ESPNcricinfo.

The 31-year-old right-arm pacer has played 97 Tests and bagged 297 wickets at an average of 32.39. Ishant is just three wickets short from joining the 300-wicket club in the Test cricket.

The fast bowler said that the stats had never bothered him, so long as his communication with the captain was on point.

"MS Dhoni always backed me. Even after my first 50-60 Tests, he never said we'll look for someone to replace you. To tell you the truth, even after playing 97 Test, I still don't understand things like average and strike rate! I've never bothered about these things. If I'm not able to understand them, why should I rely on them? It's just a number after all," Ishant said.

"If I am bowling in India and the captain tells me to bowl in a way that I concede only 40 runs in 20 overs and that the spinners will take care of picking up wickets, that's what is important to me. It doesn't matter to me that my bowling average is around 37. My communication will be with my captain and that's why Dhoni backed me," he added.

Ishant will now be seen in action for Delhi Capitals at the Indian Premier League (IPL) 2020. The tournament will be held across three venues in UAE --Dubai, Abu Dhabi and Sharjah.