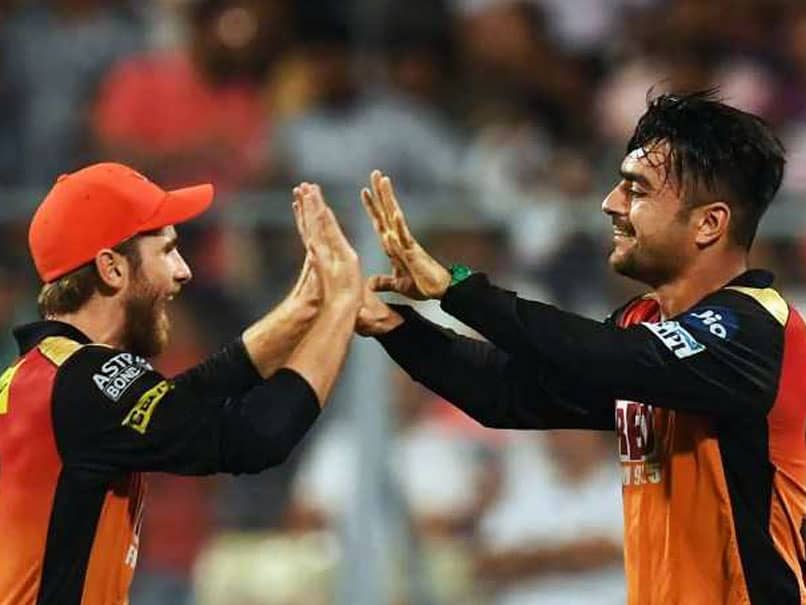 Rashid Khan finished the IPL 2018 with 21 wickets under his belt.© AFP

SunRisers Hyderabad were outclassed by Chennai Super Kings by eight wickets in the Indian Premier Leauge (IPL) 2018 final at the Wankhede Stadium, which enabled the MS Dhoni-led team lift the title for a third time. While Shane Watson played the role of a hero for CSK, Rashid Khan could not give his best performance. However, SRH captain Kane Williamson backed Rashid Khan to continue his explosive Twenty20 form in Test cricket, labelling the 19-year-old leg spinner as "the full package".

"Fantastic bowler -- the full package. It was great to have him in the side and he had a brilliant year," Kane Williamson said.

Rashid Khan excelled with both the ball and bat as Williamson-led SunRisers Hyderabad finished runners-up in IPL 2018. With the tournament done, Rashid Khan will turn his attention to Afghanistan's historic Test debut against India in Bangalore next month and Williamson believes Rashid has what it takes to succeed in the five-day game.

"He's a world-class player. We've seen that in this format," Williamson further added.

"It's great that he's going to be playing some Test cricket and I think (it) is a challenge for anyone, but an enjoyable challenge because he is right up there with the top spinners in the game," Williamson remarked.

Rashid has become one of cricket's hottest properties over the past year and is currently ranked the world's top bowler in T20 internationals.

Hyderabad paid 9 crore for him at the IPL 11 auction in January and Rashid justified the hefty price tag by going on to grab 21 wickets in 17 matches.

The teenager also showed that he can bat and field. His 10-ball 34 and three crucial wickets fired SunRisers to a semi-final 14-run win over the Kolkata Knight Riders on Friday.

"I wouldn't hesitate in saying he is the best spinner in the world in this format... (and) he's got some batting skills as well," Indian batting legend Sachin Tendulkar wrote on Twitter afterwards.

Rashid also took two catches on the boundary off consecutive balls in the final over as he grabbed the man-of-the-match award.

The leg spinner could not repeat those exploits in the final, returning figures of 0-24, as Australian veteran Shane Watson smashed 117 not out to lead Chennai to their third IPL title.

Afghanistan will make history on June 14 when they walk out for their first-ever Test match. They secured the prestigious status last year along with Ireland.

Since gaining ODI status in 2009 the Afghans have made giant strides, reaching the 50-over World Cup for the first time in 2015.

Afghanistan have also qualified for next year's World Cup.

Comments
Topics mentioned in this article
Sunrisers Hyderabad Rashid Khan Kane Williamson Indian Premier League 2018 Cricket
Get the latest updates on India vs Australia Series, check out the India vs Australia Schedule for 2020-21 and Ind vs Aus live score . Like us on Facebook or follow us on Twitter for more sports updates. You can also download the NDTV Cricket app for Android or iOS.