Injury-Prone Angelo Mathews Will Not Bowl Against South Africa

Angelo Mathews has been troubled by recurring injuries since being brought back as one-day captain. 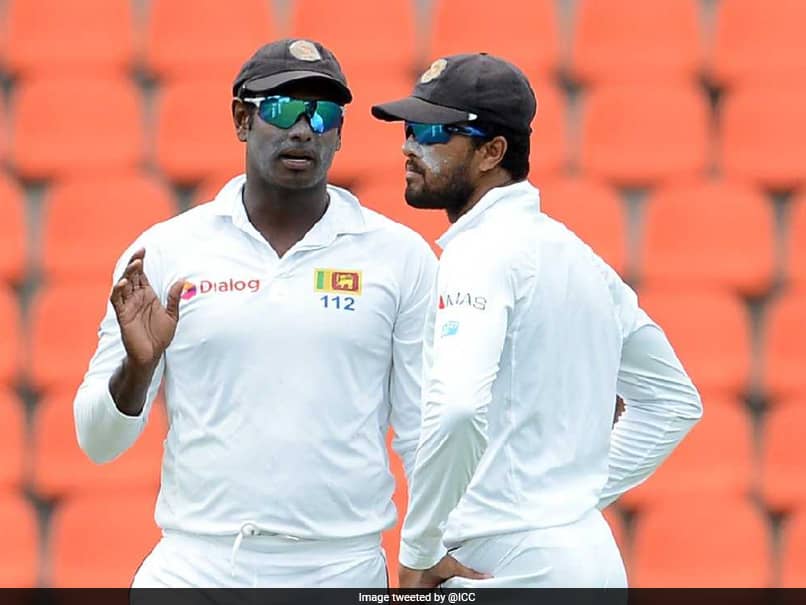 Sri Lanka's injury-prone skipper Angelo Mathews has ruled himself out of bowling.© ICC

Sri Lanka's injury-prone skipper Angelo Mathews has ruled himself out of bowling during the one-day internationals against South Africa which start Sunday. Mathews has been troubled by recurring injuries since being brought back as one-day captain in January and had to sit out some matches before the current series against South Africa. The 31-year-old all-rounder said he still expected the team to show new signs of recovery after a disastrous 2017. They convincingly beat South Africa in a two-match Test series.

"We would like to play better cricket than what we have been doing in limited overs," Mathews said ahead of the first ODI at Dambulla.

"We started very well in the Test series, and hope we can continue with the momentum in the ODIs."

Mathews, who has taken 114 wickets in 196 ODIs, said he will not risk himself against South Africa. "I won't be bowling in this series. Hope to start bowling in the nets and see how I feel."

Asked if the six-match ban against opening batsman Danushka Gunathilaka was a setback, Mathews said it was disappointing, but the team put the priority on discipline.

Gunathilaka, 27, was slapped with the ban for breaching player rules during the 2nd Test as police investigated the alleged rape of a Norwegian woman in his hotel room. The batsman has not been accused of rape, but a friend has been charged.

"It is disappointing to rule out a player when the team is doing well... they can be the best player, but they have to deal with consequences," Mathews said.

All-rounder Shehan Jayasuriya, 26, is expected to replace Gunathilaka, while uncapped Prabath Jayasuriya was brought in to the squad.

The five-match ODI series ends on August 12 in Colombo. A one-off Twenty20 is to be played in Colombo on August 14.