Indian women's cricket team members like Jemimah Rodrigues and Deepti Sharma will take part in a T20 club tournament, which starts from January 4 and ends on January 12. 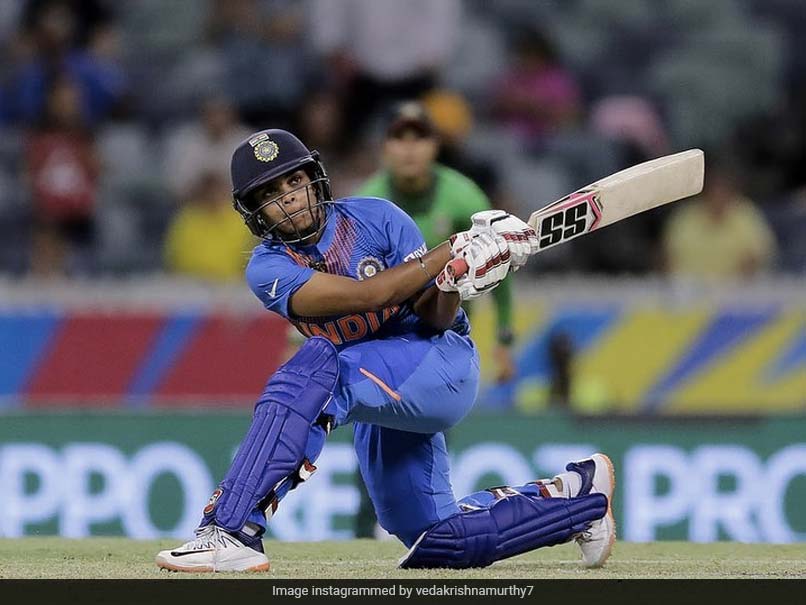 Leading India players, including Jemimah Rodrigues, Veda Krishnamurthy and Deepti Sharma, will be taking part in a club T20 tournament in Bengaluru from Monday even as uncertainty continues over the team's next international assignment amid the COVID-19 pandemic. The Indian team has not played since the T20 World Cup in March and there is no clarity over its next fixture with the Australia tour, scheduled to be held later this month, postponed to 2022. There is also no final word yet on the women's domestic season.

The tournament, comprising four teams, will run from January 4-12 and has been organised to commemorate the Golden Jubilee of the Falcon Sports Club.

"The event has been approved by the Karnataka State Cricket Association and wherever the permission from other state associations was required for the outstation players, we have taken that," former India captain Shantha Rangaswamy and current BCCI Apex Council member told PTI.

She is also the president of the Falcon Sports Club.

"The fact that there is not much cricket happening in the country (due to COVID-19), there has been increased interest from outstation players. They all are very keen to get back to the field.

"It is also a good opportunity for some of the younger uncapped players to rub shoulders with the best. The tournament will also give much-needed game time to our India players," she added.

The India players were last seen in the Women's T20 Challenge in November, an exhibition event held during the IPL play-offs which marked their return to the game following a seven-month break.

The outstation players will have to carry a negative RT-PCR report (not older than 2-3 days) into the city.

Gamezy and Rummy Culture are the co-sponsors of the tournament.

India Women Deepti Sharma Veda Krishnamurthy Cricket
Get the latest updates on ICC Women's Cricket World Cup 2022 and IPL 2022, check out the Schedule , Live Score and IPL Points Table. Like us on Facebook or follow us on Twitter for more sports updates. You can also download the NDTV Cricket app for Android or iOS.