This was India women's team's sixth successive loss in T20Is. 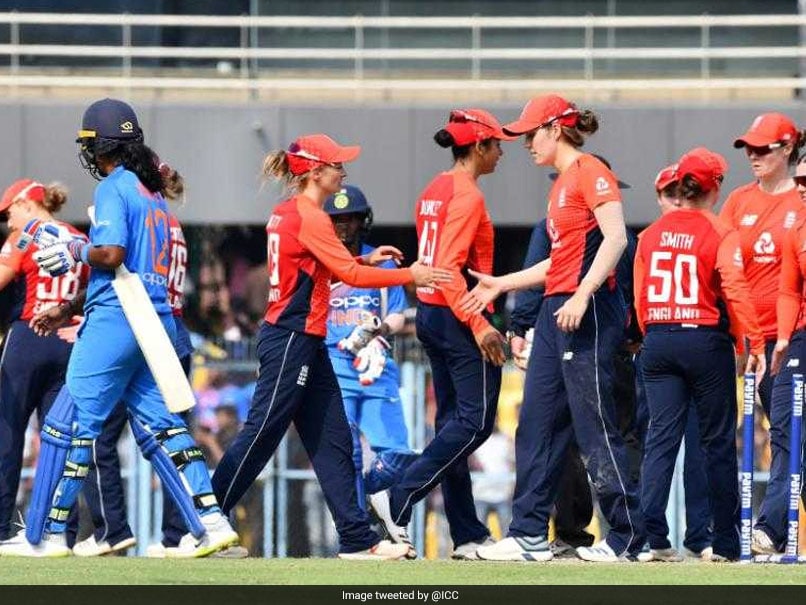 India women suffered a five-wicket defeat against England in the second T20 International (T20I) played at the Barsapara Cricket Stadium in Guwahati on Thursday. Chasing 112 runs to win the series, England reached the target in 19.1 overs. Opening batswomanDanielle Wyatt remained unbeaten till the end and anchored the visitors' run-chase. She made 64 from 55 balls that included six boundaries. India failed to grab their opportunity when they put England on the back foot at 56/4 in the 11th over as Lauren Winfield stitched a 47-run stand for the 5th wicket with Wyatt to take England home.

Wyatt held one end firm on the way to her fourth T20 half-century; England needed three back-to-back boundaries by Winfield to take the game away from India.

Opting to bowl, England produced a brilliant performance to prevent the hosts from putting up a big score, with Katherine Brunt emerging as the most successful bowler.

The veteran seamer returned figures of 3/17, sending back stand-in skipper Smriti Mandhana(12) and Jemimah Rodrigues to put India on the backfoot.

The wicket of Mandhana was important for England as the opener had powered India to 24 for no loss in 2.3 overs before Brunt had her caught behind.

Coming in to bat at one drop, the young Rodrigues (2) did not last long, getting bowled by Brunt.

In the next over, the dismissal of Harleen Deol by left-arm spinner Linsey Smith (2/11) left the hosts in a spot of bother at 34 for three.

The experienced Mithali Raj, in the last leg of her career, top-scored with 20 off 27 balls, while Deepti Sharma and Bharati Fulmali contributed 18 each.

England were off to a steady start but slow left-armer Radha Yadav did not let the opening partnership flourish, disturbing Tammy Beaumont's stumps in the fifth over.

Leg-spinner Poonam Yadav had Amy Jones caught and bowled in a soft dismissal and Ekta Bisht picked up two wickets, including the big one of skipper Heather Knight, to leave the visitors in trouble at 56 for four.

But Wyatt and Winfield saw England through with their 47-run partnership for the fifth wicket.

England Women Danielle Wyatt Smriti Mandhana Cricket
Get the latest updates on IPL 2021, check out the IPL 2021 Schedule and Indian Premier League Live Score . Like us on Facebook or follow us on Twitter for more sports updates. You can also download the NDTV Cricket app for Android or iOS.