The Indian eves were off to a great start in the five-match T20I rubber against West Indies as they thrashed the hosts by 84 runs in the first match. 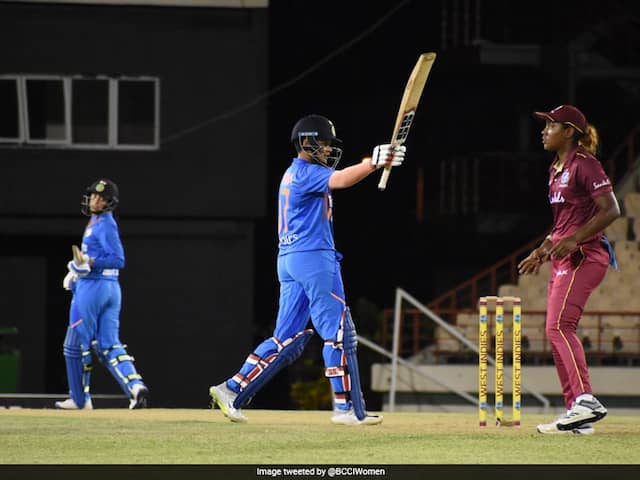 The Indian eves were off to a great start in the five-match T20I rubber against West Indies as they thrashed the hosts by 84 runs in the first match at the Daren Sammy National Cricket Stadium. Asked to bat, openers Shafali Verma and Smriti Mandhana gave India an upper hand as the duo shared a 143-run partnership for the opening wicket. While Shafali played a 49-ball 73-run knock, Smriti amassed 67 runs from 46 deliveries. Shafali's knock was laced with six boundaries and four hits into the stands.

After the dismissal of the Indian opening pair, the visitors lost couple of wickets in quick succession, however, skipper Harmanpreet Kaur chipped in with valuable unbeaten 21 runs off 13 deliveries to guide India to a massive total.

In return, West Indies never looked in control and kept on losing wickets at regular intervals, thanks to some quality bowling by the Indian bowlers.

Shemaine Campbelle was the only one to show some resistance as she top scored for her side with 33 runs while all other batswomen failed to contribute. For India, Shikha Pandey, Radha Yadav and Poonam Yadav bagged two wickets each and helped their side restrict the hosts on 101/9 in the 20 overs.

The two sides will now meet in the second T20I at the same venue on Sunday.