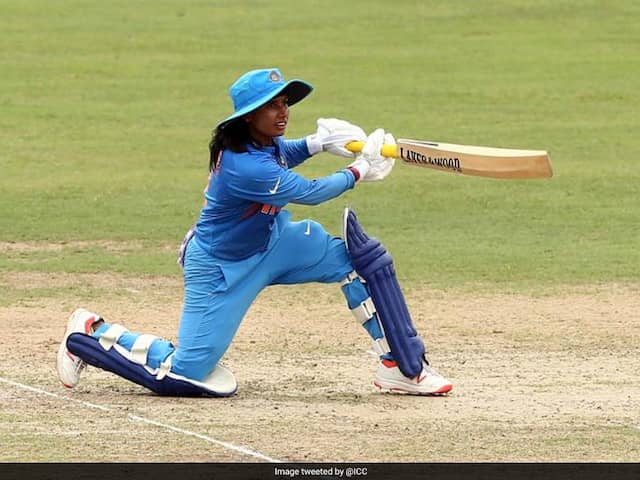 Skipper Mithali Raj and Punam Raut smashed impressive fifties to guide the Indian women's team to a series-clinching five-wicket win over South Africa in the second ODI in Vadodara on Friday. India first restricted South Africa to a competitive 247-6 after electing to field and then returned to overhaul the target with two overs to spare and take an unassailable 2-0 lead in the three-match series. Pacer Shikha Pandey (2/38), left-arm spinner Ekta Bist (2/45) and leg-spinner Poonam Yadav (2/42) returned with two wickets each to keep the visitors to a below-par score.

Marizanne Kapp (1/29) broke the stand when she had Mithali caught by Laura Wolvaardt in the 40th over.

In the next over, Punam too departed when she holed out to Kapp off Ayabonga Khaka, leaving India at 196 for four in 40.1 overs.

Harmanpreet Kaur then hit an unbeaten quick-fire 27-ball 39, laced with five boundaries and a six, to take India home with 12 balls to spare.

However, once Goodall was dismissed in the 43rd over, skipper Sune Luus (12) couldn't stay long either. Du Preez took South Africa close to 250 before falling in the last over. India will now play South Africa in the third and final ODI on October 14.

South Africa Women Mithali Raj Cricket
Get the latest Cricket news, check out the India cricket schedule, Cricket live score . Like us on Facebook or follow us on Twitter for more sports updates. You can also download the NDTV Cricket app for Android or iOS.