New Zealand have called in Hamish Bennett to shore up their attack for the T20I series against India this month. 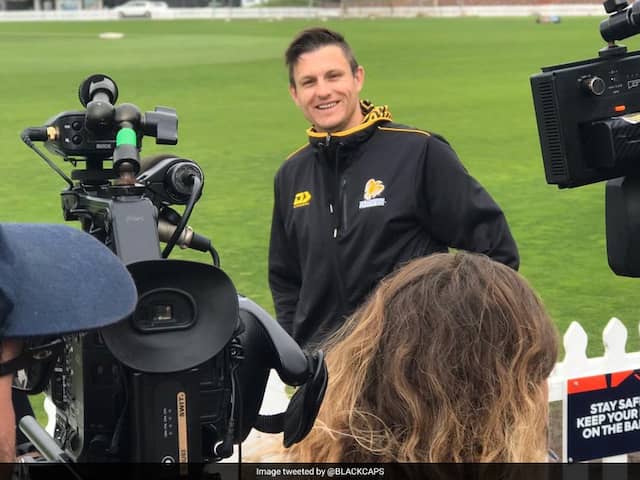 New Zealand have called in Hamish Bennett to shore up their attack.© Twitter

New Zealand have called in Hamish Bennett to shore up their attack for the Twenty20 International (T20I) series against India this month, while Trent Boult and Lockie Ferguson remain on the injured list. The 32-year-old Bennett was a regular in the New Zealand one-day international side in 2011 but has played only four ODIs since, the last against Bangladesh in 2017 when several regulars were busy with Indian Premier League commitments. Although he has not played Twenty20 at international level, Bennett has been a consistent achiever in the domestic league and selector Gavin Larsen said his call-up was a reward for his form and perseverance.

"Over the past few seasons he's consistently been one of the top domestic white-ball bowlers and we've been impressed how he's been able to evolve his game," Larsen said.

"We all know he brings good pace and bounce but it's the clever variations he's added that make him such a well-rounded T20 bowler."

Bennett is joined in the pace bowling ranks by Tim Southee, Blair Tickner and Scott Kuggeleijn, with Mitchell Santner and Ish Sodhi the spinners.

Boult and Ferguson are still recovering from injuries sustained on the recent Test tour of Australia and were not considered.

Other pace bowlers not considered because of injury included Matt Henry, Doug Bracewell and Adam Milne.

Martin Guptill Cricket
Get the latest Cricket news, check out the India cricket schedule, Cricket live score . Like us on Facebook or follow us on Twitter for more sports updates. You can also download the NDTV Cricket app for Android or iOS.