Mitchell Santner dived to his right to take a stunning catch and dismiss Ollie Pope during the first Test between New Zealand and England. 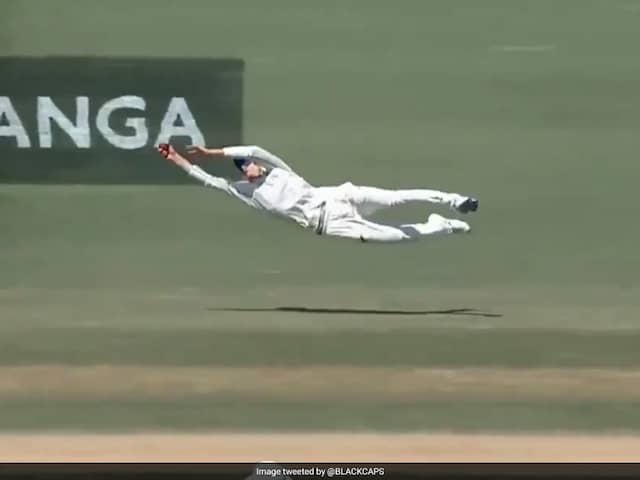 Mitchell Santner dived to his right at full-stretch to complete the catch.© Twitter

New Zealand won the first match of the two-Test series by an inning and 65 runs. Unfortunately for New Zealand, the series is not a part of the World Test Championship.

The victory put New Zealand in an unbeatable position in the two-Test series and extended their home streak to a remarkable seven series without defeat.

The second and final Test in the series starts in Hamilton on Friday.

After the Test series against England, New Zealand are slated to play three away Tests against Australia.

New Zealand will then host India for a full series (T20I, ODI and Test) starting from January 24, 2020. The series will conclude with the second and final Test slated to take place at the Hagley Oval in Christchurch from February 29.

Mitchell Santner Cricket
Get the latest Cricket news, check out the India cricket schedule, Cricket live score . Like us on Facebook or follow us on Twitter for more sports updates. You can also download the NDTV Cricket app for Android or iOS.