Harmanpreet Kaur will continue her rehabilitation at the National Cricket Academy in Bengaluru. 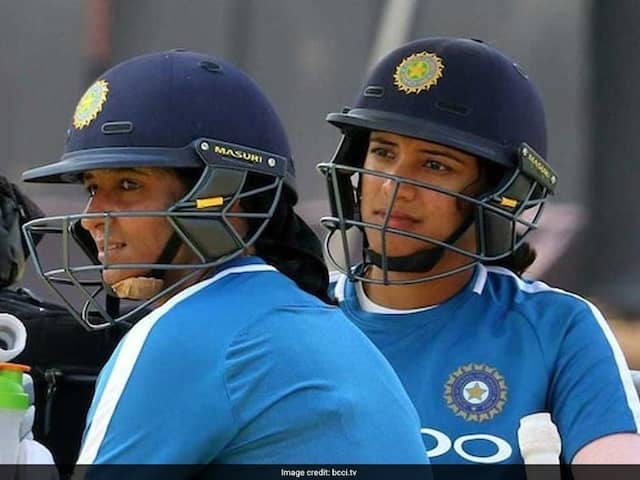 Smriti Mandhana has been named the captain of the Indian women's team that will play a three-match T20I series against England, starting on March 4. The 22-year-old Mandhana will lead India in the absence of regular skipper Harmanpreet Kaur, who has been ruled out with an ankle injury. Harmanpreet Kaur, who is Mithali Raj's deputy in the ODI format, also missed the three-match ODI series against England that India are currently leading 2-0 with one match remaining. A BCCI statement said that Harmanpreet Kaur will continue her rehabilitation at the National Cricket Academy in Bengaluru.

Smriti Mandhana smashed her 15th ODI fifty in the second ODI against England at the Wankhede stadium in Mumbai. India bowled out England for 161 runs and chased down the target in 41.1 overs. Mandhana made 63 runs while Mithali Raj remained unbeaten on 47.

India recently lost a T20I series 0-3 against New Zealand where an in-form Mandhana scored 58, 36 and 86 runs.

The Indian women's team are currently on a high, having taken an unassailable 2-0 lead in the three-match ODI rubber of the International Cricket Council (ICC) Women's Championship.

The three T20Is will be played on March 4, March 7 and March 9 in Guwahati.