Steve Smith and David Warner's bans will end on March 30, 2019 while Cameron Bancroft's will end in December this year. 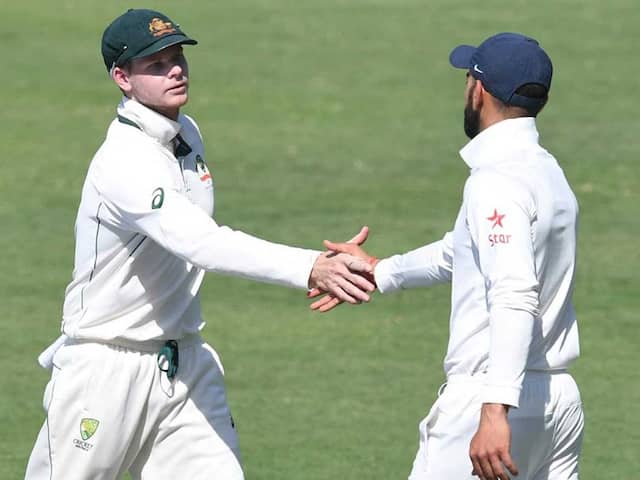 Virat Kohli might be the toughest of competitors on the field.© AFP

Virat Kohli might be the toughest of competitors on the field but he showed sympathy for banned Australian cricketers Steve Smith, David Warner and Cameron Bancroft while speaking about the infamous ball-tampering scandal. The scandal left the Australian trio humiliated and they were seen in tears during their respective press conferences after the bans were imposed. The Indian team skipper said he felt very sad to see that and no one should go through such a phase.

Smith, Warner and Bancroft also faced criticism from the world media and were escorted by a chain of security personnel on their arrival to Australia from South Africa. Kohli said that it was the worst sight to see for him.

"Well, it was sad to see," Kohli told former Australian cricketer Adam Gilchrist in an interview to foxsports.com.au.

"As big a thing as it became, you never want to see anyone go through that because I have known David and I have known Steve as well.

Former Australian skipper Smith and his deputy Warner's bans will come to an end on March 30, 2019. While Bancroft's nine-month suspension will end in December, this year.

Before the bans, Smith had represented his national team in 64 Tests while Warner played 74 times in the longest format of the game.

The 26-year-old Bancroft, on the other hand has 8 Test caps to his name.

Steven Smith Cameron Bancroft Cricket
Get the latest Cricket news, check out the India cricket schedule, Cricket live score . Like us on Facebook or follow us on Twitter for more sports updates. You can also download the NDTV Cricket app for Android or iOS.