Afghanistan play India in their maiden Test match in Bengaluru from June 14. 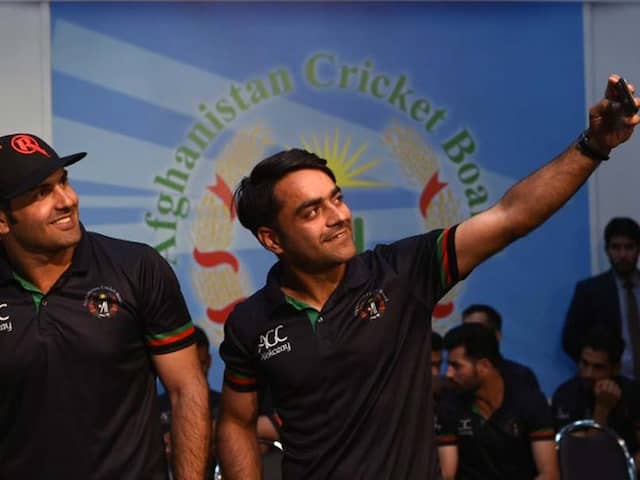 The Afghanistan Cricket Board (AFG) on Tuesday announced the 15-strong squad for their historic maiden Test against India starting in Bengaluru on June 14. The squad features world's premier T20 bowler Rashid Khan and young Mujeeb ur Rahman. Apart from them, the team features two more spinners -- chinaman Zahir Khan and Amir Hamza Hotak. The squad will be led by Ashgar Stanikzai. While Rashid and Mujeeb made the world take notice of their talent in the recently-concluded Indian Premier League (IPL) 2018, the spin duo will face a different challenge, in form of a Test.

While Rashid Khan has played four first-class games, Mujeeb is yet to play a longer format encounter.

The batting will primarily depend on skipper Stanikzai, Mohammed Shahzad and batting all-rounder Mohammed Nabi. In all, the squad has a collective experience of 205 first-class games.

Only four players have an experience of 20 plus first-class matches.

Nabi, who has the experience of playing for SunRisers Hyderabad in the past two IPL seasons, is the most capped first-class player with 32 games. He is followed by skipper Stanikzai with 23 games, pacer Wafadar (22 games) and Shahzad 20 games.

Afghanistan will miss their experienced seamer Dawlat Zadran, who is out with an injury. The pace department will be handled by Yamin Ahmadzai Wafadar and Sayed Ahmed Shirzad.

Experienced left-arm seamer Shapoor Zadran has been picked for the T20s against Bangladesh in Dehradun but he has not been picked in the longer version as he last played a four-day game in 2013.

Comments
Topics mentioned in this article
Afghanistan India Cricket Team Rashid Khan Mujeeb Ur Rahman Cricket
Get the latest Cricket news, check out the India cricket schedule, Cricket live score . Like us on Facebook or follow us on Twitter for more sports updates. You can also download the NDTV Cricket app for Android or iOS.