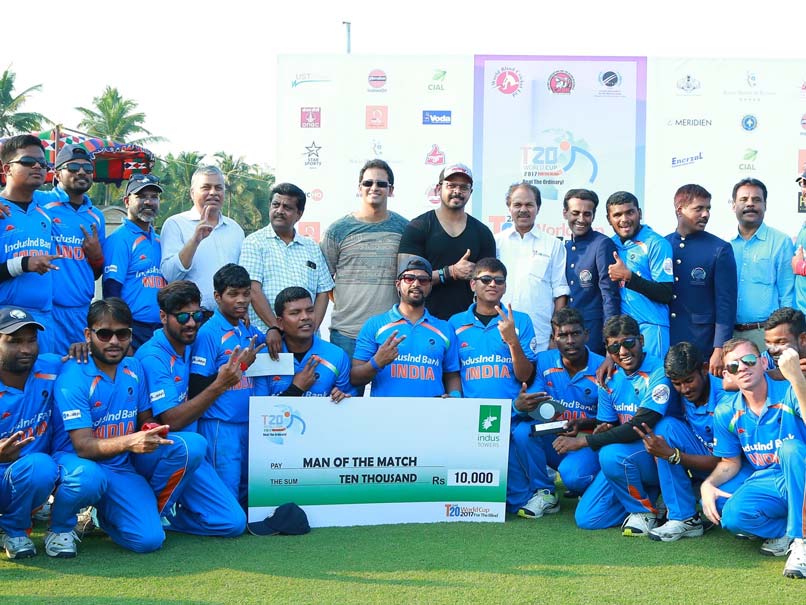 India will face a stiff challenge from the Pakistan side in Sunday's final. (File photo)© NDTV

India will take on Pakistan in the final of the T20 Cricket World Cup for the Blind after the latter defeated England by 147 runs in the second semifinal of the tournament at the KSCA Ground in Alur on Saturday. Put into bat first, Pakistan posted a total of 309 for the loss of just one wicket from the stipulated 20 overs, before bowling out England for 162 runs to book their place in the final. The title clash between the two arch-rivals will be held at the M Chinnaswamy Stadium in Bangalore on Sunday.

Earlier, Israr Hassan and Badar Munir scored centuries each with the help of 25 boundaries and 18 fours, respectively, to help Pakistan notch up a commanding total.

While Hassan hit 143 not out off 69 balls, Munir scored 103 off 43 deliveries. The duo played with authority and showcased their talent to outplay the English team.

The bowlers then got the job done for Pakistan to set up a dream final against arch-rivals India.

India had already booked their place in the final after beating Sri Lanka by 10 wickets in the first semifinal at the Lal Bahadur Stadium in Hyderabad on Sunday.

J Prakash scored an unbeaten 115, while fellow opener Ajay Kumar Reddy was 51 not out as India chased down the target of 175 runs set by Sri Lanka in just 13 overs.

Sri Lanka had been bowled out for 174 in 19.2 overs, with Ranbir Panwar and Sunil picking two wickets each for India.

Comments
Topics mentioned in this article
Cricket India Cricket Team Pakistan Cricket Team
Get the latest updates on ICC T20 Worldcup 2022 and CWG 2022 check out the Schedule, Live Score and Medals Tally. Like us on Facebook or follow us on Twitter for more sports updates. You can also download the NDTV Cricket app for Android or iOS.