India will start their ICC Test Championship campaign with a two-Test series against West Indies in Antigua, starting August 22, 2019. 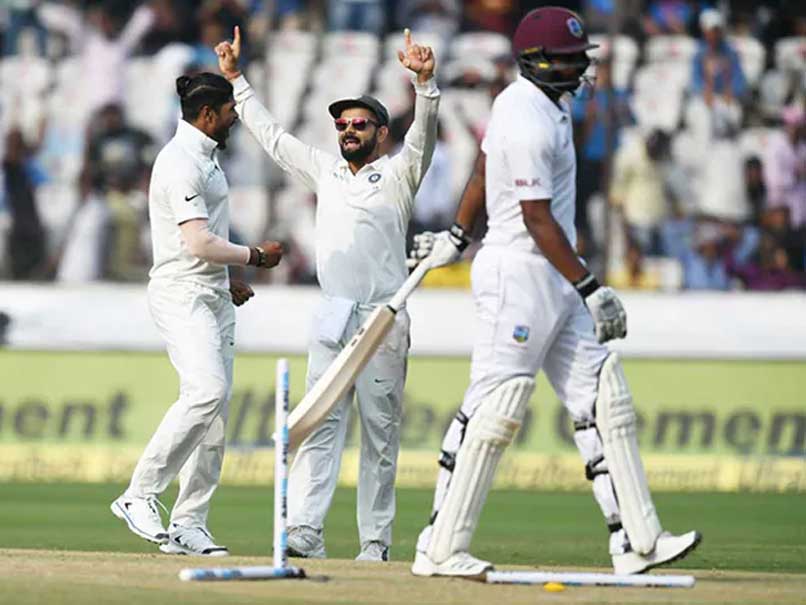 The World Test Championship will be played over the next two years.© AFP

Under the captaincy of Virat Kohli, number one-ranked Indian Test team will start its ICC Test Championship campaign with a two-Test series against West Indies, starting on August 22, 2019, in Antigua. The Vivian Richards Cricket Ground in Antigua will host the opening Test, while the second Test will be played at Sabina Park in Jamaica from August 3. The World Test Championship (WTC), International Cricket Council's showpiece event for the longest format, will be played over the next two years. Nine of the 12 Test-playing nations will play a Test series against six of the other eight teams.

Before that, India and West Indies will play three T20I and three ODIs. The tour kicks off with two T20Is at the Broward County Stadium in Florida, US - played on August 3 and 4. They will then travel to Guyana to play the final T20I on August 6 at the Guyana National Stadium.

After that, both the teams play the first ODI of the three-match series at the same ground in Guyana on August 8, followed by the remaining two 50-over matches to be played at the Queen's Park Oval in Trinidad on August 11 and 14.

And after a week's gap, the teams will play their first ever World Test Championship match.

Each WTC Test series will consist of between two to five matches, though all teams will play six series (three at home and three away), they will not play the same number of Tests.

Each team will be able to score a maximum of 120 points from each series and the two teams with the most points at the end of the league stage will contest the final in June 2021 in England to crown the first ever World Test champion.

Some of the nine WTC teams will play additional Test matches during this period which are not part of the championship. They are, however, part of the ICC Future Tours Programme for 2018 to 2023 and are designed mainly to give matches to the three Test-playing sides - Afghanistan, Ireland and Zimbabwe - not taking part in this competition.