The Bangladesh Cricket Board has confirmed that the BCCI has proposed to play the Eden Gardens five-day game under lights. 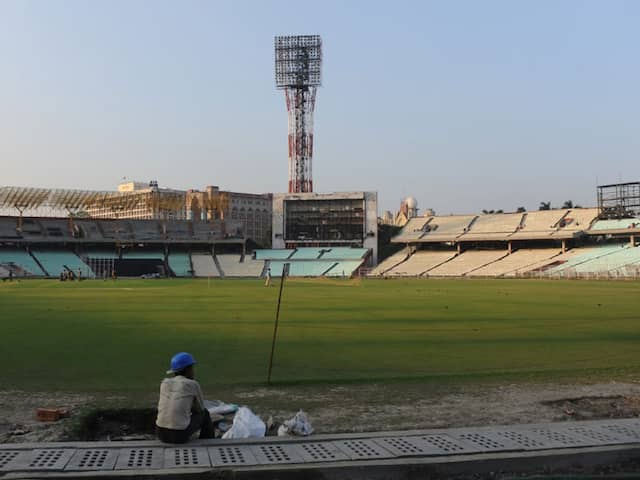 Eden Gardens will host the second Test between India and Bangladesh.© AFP

India's upcoming home series against Bangladesh could feature a day-night Test as the Bangladesh Cricket Board (BCB) has confirmed that the Board of Control for Cricket in India (BCCI) has proposed to play the Eden Gardens five-day game under lights. "They (BCCI) have proposed (a Day-Night Test) and we will let them know after thinking a while," BCB cricket operation Chairman Akram Khan said on Sunday.

"We have received the letter two or three days (back) and we will take a decision in this regard but we have not discussed it (yet). We will let them know about our decision within one or two days," he added.

The first Test of the two-match series will start on November 14 in Indore while the second is scheduled to be played at the Eden Gardens from November 22.

"I must say that Virat Kohli is agreeable to it. There are reports that he does not want to play day-night Tests which is not the fact. So once the captain of India is agreeable to it, life becomes a lot easier. We will see how we can push it. The game needs to go forward," Ganguly had said.

The first-ever day-night Test match was played between Australia and New Zealand at the Adelaide Oval in November 2015. Four years later, the number one Test team in the world, India, are yet to play a five-day game under lights.

Before the Test series, India and Bangladesh will play a three-match T20I series, starting on November 3.

Eden Gardens Cricket
Get the latest updates on IPL 2020, check out the IPL Schedule for 2020 and Indian Premier League (IPL) Cricket live score . Like us on Facebook or follow us on Twitter for more sports updates. You can also download the NDTV Cricket app for Android or iOS.