Mohammad Yousuf rates Sachin Tendulkar as a better batsman than Virat Kohli regardless of the current India captain's current form. 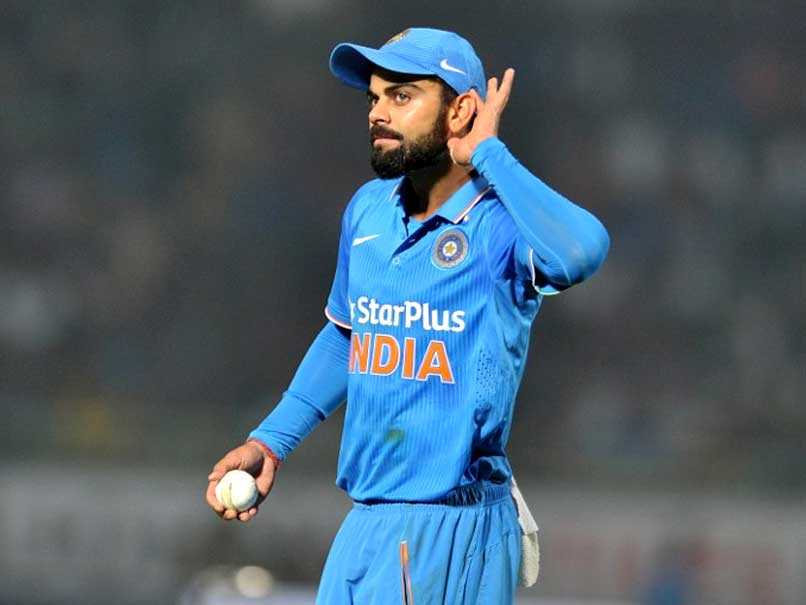 Former Pakistan cricketer Mohammad Yousuf feels that cricket legend Sachin Tendulkarwas a much better batsman than current Indian skipper Virat Kohli. "I don't want to take anything away from Kohli. He is an exceptional talent. But I rate Tendulkar much higher because of the era he played in, against the best teams, fast bowlers and spinners," Yousuf said on Tuesday. He was a part of the Pakistan team that has played the Indian contingent that included Tendulkar several times and was all praise for the superstar's achievements.

Kohli's 122-run knock in the first One-day International had helped him equal Sachin Tendulkar's record of 17 centuries while chasing. Going by 28-year-old's recent form, several other achievements of the Master Blaster could be under threat in the near future. With the Delhi batsman dominating all forms of the game, comparisons with Tendulkar have become par for the course.

"Nowadays, the quality of players is not the same as it was, say, in the 90s and until 2011. After the 2011 World Cup, the quality has come down. Tendulkar was a world-class player and this can be judged by the number of runs and hundreds he scored against strong opposition in all conditions and in all formats," Yousuf said.

"I played a lot against Tendulkar and he was a masterclass and produced match-winning knocks many a times. I don't think Kohli is facing the same quality bowlers or opposition."

Kohli, during an interview with bcci.tv last week, had made it clear that he does not wish to be spoken of in the same breath as his idol Tendulkar and comparisons were unfair.

"I might not play that long (24 years). 200 Tests, 100 international centuries. Those are incredible numbers and will be impossible to achieve. But yes, I want to make a difference and always believe that I must leave the game on a better note," he had said.

Comments
Topics mentioned in this article
India Cricket Team Pakistan Cricket Team Mohammad Yousuf Sachin Tendulkar Virat Kohli Cricket
Get the latest updates on IPL Auction 2023 and check out  IPL 2023 and Live Cricket Score. Like us on Facebook or follow us on Twitter for more sports updates. You can also download the NDTV Cricket app for Android or iOS.