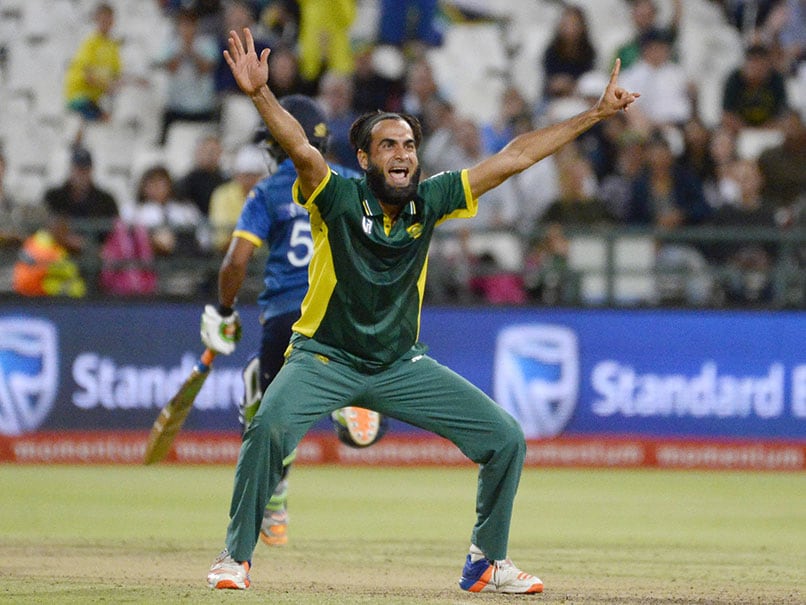 Wrist-spinner Imran Tahir has jumped to the top of the ICC Player Rankings for ODI Bowlers after his recent performance against the touring Sri Lankans. Tahir surged to the top of the rankings after his exploits with the ball against the former world champions where he picked up 10 wickets in the just concluded five-match ODI series. Tahir was ranked third with 712 points before the start of the series and he managed to earn 49 points in the series against Sri Lanka that helped him to move past New Zealand's Trent Boult and Sunil Narine of the West Indies to take the top spot.

The 37-year-old is already the number-one ranked bowler in the shortest format of the game and now the South African has managed to do the same in the One-day Internationals as well.

Along with Tahir, South African captain Faf du Plessis has managed to break into the top five for the first time in his career. Du Plessis scored 410 runs with two centuries and a half-century in the series that took him to the fourth spot in ICC Rankings. He leads teammates Quinton de Kock in fifth position and sixth-ranked Hashim Amla by 10 and 25 points, respectively.

The other players for South Africa to have climbed the rankings are Wayne Parnell and Chris Morris. Parnell was the highest wicket-taker of the series, picking up 11 wickets that put him in the 28th position.

Comments
Topics mentioned in this article
South Africa Cricket Team Sri Lanka Cricket Team Imran Tahir Faf du Plessis Wayne Parnell Chris Morris Hashim Amla Quinton de Kock International Cricket Council Cricket
Get the latest updates on India vs Australia Series, check out the India vs Australia Schedule for 2020-21 and Ind vs Aus live score . Like us on Facebook or follow us on Twitter for more sports updates. You can also download the NDTV Cricket app for Android or iOS.