I'm Not Retiring, Will Continue To Play: Shahid Afridi

Pakistan's flamboyant all-rounder said that he is too experienced and seasoned cricketer to make a farewell match demand and ruled out calling it quits anytime soon. 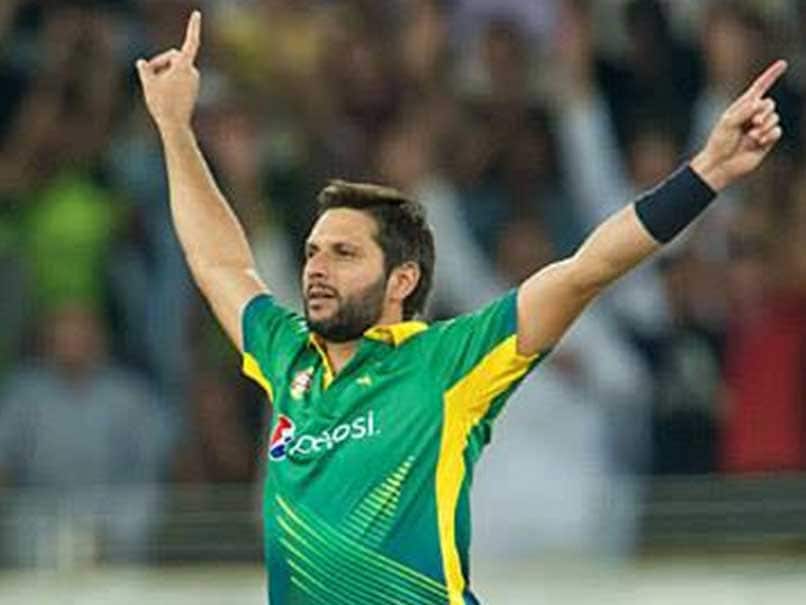 Shahid Afridi put a pause on his retirement rumours© Facebook

Pakistan cricketer Shahid Afridion Sunday made it clear that he is not retiring from international cricket yet and also put a pause on the rumours spreading his demand for a farewell match from Pakistan Cricket Board (PCB).

Pakistan's flamboyant all-rounder said that he is too experienced and seasoned cricketer to make such demand and ruled out calling it quits anytime soon.

"I have played 20 years of international cricket for Pakistan and not the PCB. And I am not dependent on anyone for a match. The love and support I have got and get from my well wishers and fans is enough reward for me," Afridi told the media in Peshawar on Sunday.

Speculations have been rife over whether Afridi will get a chance to play one farewell international match for Pakistan since he stepped down as captain after the disappointing campaign in the World T20 in India in April.

Initially, Afridi had said he wanted to play a farewell match but has now changed his stance after it emerged that the board backed off on giving Afridi a farewell match in the T20 series in the UAE against the West Indies last October.

Afridi also told the media that he continued enjoying the game of cricket and was very much active in T20 cricket.

"I don't think my career is over and I am enjoying myself and I will continue to play at the highest level. As far as Pakistan selection is concerned that is for the selectors to decide," he said.

PCB's senior official Najam Sethi made it clear in an interview that he had no issues with Afridi and admired his services to Pakistan cricket.

He also insisted that Afridi would be given a befitting farewell by the board when the time arrives.

Comments
Topics mentioned in this article
Pakistan Cricket Team Shahid Afridi Cricket
Get the latest updates on T20 World Cup, check out the T20 World Cup Schedule and Live Score . Like us on Facebook or follow us on Twitter for more sports updates. You can also download the NDTV Cricket app for Android or iOS.