Brett Lee seems to be giving Andrew Symonds a very close haircut in a picture posted by ICC. 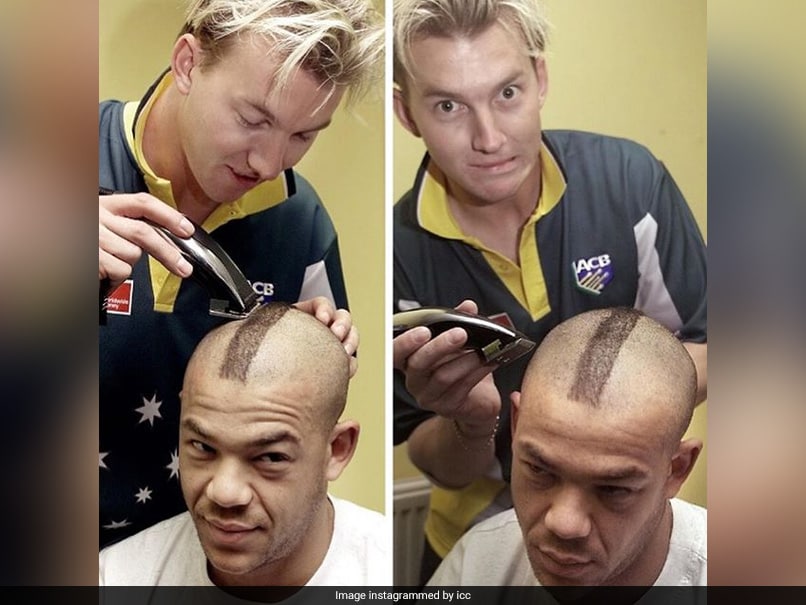 Andrew Symonds and Brett Lee played alongside each other for Australia.© Instagram

Happy #HairstyleAppreciationDay ????‍♀️ Who is styling your hair during isolation?

Andrew Symonds made his debut for the Australian team back in 1998 against Pakistan in a One Day International game. During his career, Andrew Symonds went on to play 198 ODI games. The all-rounder made an impact with both bat and ball in white-ball cricket. Symonds scored 5,088 runs with an average of 39.44 and scalped 133 wickets with an economy rate of 5.01. He also played 26 Test matches and 14 T20 Internationals for his country.

On the other hand, Brett Lee was considered one of the most dangerous bowlers in the history of the game. Brett Lee made his debut back in 1999 against India in a Test match at Melbourne. The fast bowler went on to play 76 Test matches for his country and scalped 310 wickets with an economy rate of 3.46.