Ricky Ponting said the Australia team felt let down by the end result of the Monkeygate scandal. 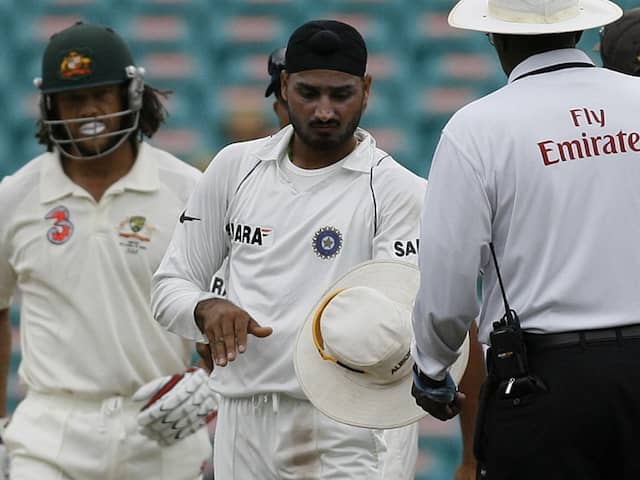 Australia's two-time World Cup-winning former skipper Ricky Ponting considers the 2008 'Monkeygate' scandal the lowest point of his captaincy stint as he feels he was not in control of what was happened at that time. The scandal unfolded when senior Indian off-spinner Harbhajan Singh was charged with racially abusing Australian all-rounder Andrew Symonds during the second Test at Sydney. "Monkeygate was probably the lowest (point in career as captain). Losing the 2005 Ashes series was tough but I was in full control of that. But I wasn't in full control of what happened during the Monkeygate thing," Ponting, who led Australia to 48 wins from 77 Tests and 164 triumphs in 228 ODIs, told a 'Skysports' podcast.

Harbhajan was eventually cleared of the charge and Symonds' career went into a downward spiral after the incident.

The incident created a lot of bitterness between the two teams with India threatening to pull out of the tour before the ICC intervened.

"We all felt let down by the end result (of the the Monkeygate controversy). The fact that it got in the way of the way we played our cricket for the next Test match was probably the most disappointing thing," said the Australia batting great.

"So we go over there and India at Perth is a game we expect to win and then we lost the match and after that the next few days things just got worse and worse," he went on to add.

"Everyone in 2005 expected us to just come over here, whitewash them [England] again and come back with the Ashes. That didn't happen that way.

Comments
Topics mentioned in this article
Ricky Ponting Harbhajan Singh Andrew Symonds Cricket
Get the latest Cricket news, check out the India cricket schedule, Cricket live score . Like us on Facebook or follow us on Twitter for more sports updates. You can also download the NDTV Cricket app for Android or iOS.