MS Dhoni and Suresh Raina, who have shared some iconic partnerships for India, announced their international retirements on Saturday. 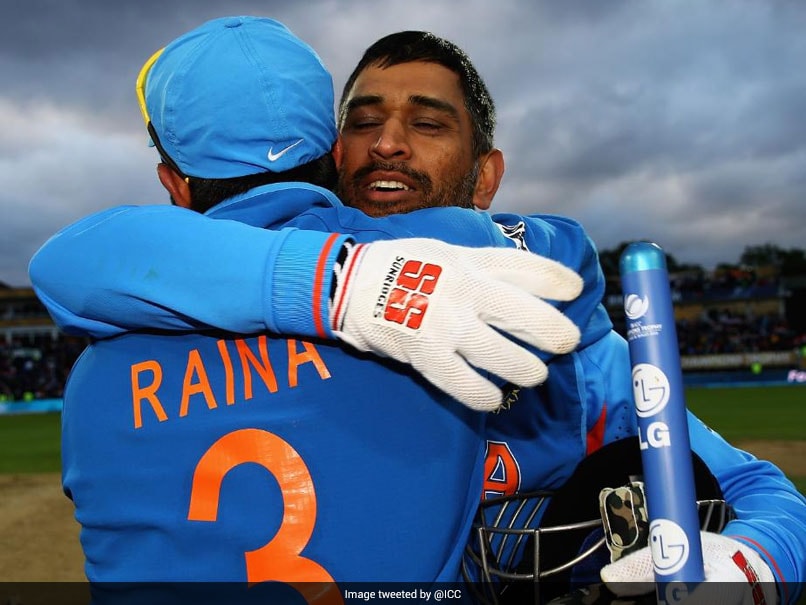 MS Dhoni and Suresh Raina had been two constants in India's middle-order in ODIs for a long time. The iconic duo put together many a match-winning partnership together, often coming to India's rescue when the top order would fail to fire. A day after India's World Cup-winning captain and the iconic left-handed batsman both announced their retirements from international cricket, the International Cricket Council (ICC) posted a tweet, paying tribute to the pair that share a close bond both on and off the pitch.

Noting down a list of their joint achievements in the 50-over format, ICC tweeted "What a duo!"

Dhoni and Raina also lifted the 2011 World Cup together, when India beat Sri Lanka in a tense final.

Raina was also part of the team when MS Dhoni captained India to the Champions Trophy in England two years later.

"Thanks," Dhoni wrote, starting his post. "Thanks a lot for ur love and support throughout.from 1929 hrs consider me as Retired," he wrote, along with a montage of pictures, capturing his career with the national team.

Suresh Raina, who is also Dhoni's teammate and deputy at Chennai Super Kings (CSK) in the Indian Premier League (IPL), joined him in retirement soon after.

"It was nothing but lovely playing with you, @mahi7781 . With my heart full of pride, I choose to join you in this journey. Thank you India. Jai Hind," the left-handed batsman wrote on Instagram, sharing a picture with MS Dhoni and other CSK teammates.

Tributes and thank-you messages have poured in on social media for both Dhoni and Raina since they made their announcements.

Suresh Raina International Cricket Council Cricket
Get the latest updates on Fifa Worldcup 2022 and check out  Fifa World Cup Schedule, Stats and Live Cricket Score. Like us on Facebook or follow us on Twitter for more sports updates. You can also download the NDTV Cricket app for Android or iOS.