The Board of Control for Cricket in India (BCCI) banned Pandurang Salgaoncar soon after he was seen promising a favourable track to reporters who posed as bookies. 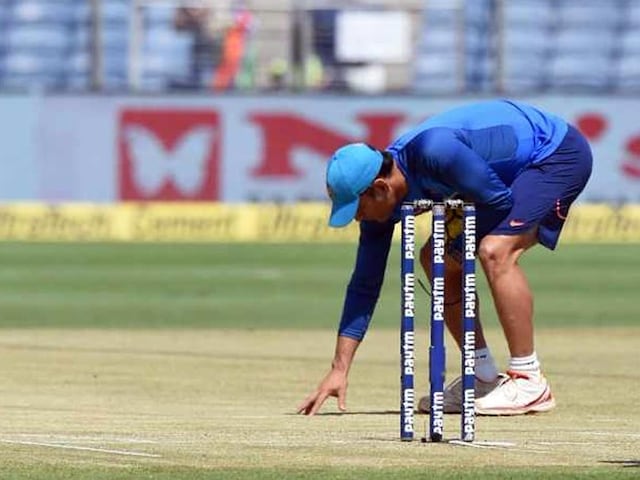 The ICC launched an investigation into the pitch tampering claims© AFP

The International Cricket Council Wednesday launched an investigation into the pitch tampering claims against a ground official ahead of the second one-day international between India and New Zealand in Pune. Pandurang Salgaoncar, the pitch manager at the Pune ground, was allegedly exposed during an undercover sting by local India Today TV that claimed he doctored the surface ahead of the Wednesday's match. ICC officials cleared the match to start on schedule after India's cricket board banned Salgaoncar from the Maharashtra Cricket Association (MCA) ground.

"We are investigating the allegations from Pune this morning, as with all international cricket," an ICC spokesman said. "As with all international cricket, the ICC Anti-Corruption Unit has an ICC ACU Manager on the ground in India and we are in close contact with him. We are now looking to establish the facts and will make no further comment whilst this is ongoing," he added.

The Board of Control for Cricket in India (BCCI) banned Salgaoncar soon after he was seen promising a favourable track to reporters who posed as bookies.

"Yes, he has been suspended and banned from entering the stadium," CK Khanna, acting BCCI president, told AFP before the start of the game.

"A neutral curator from Mumbai has taken charge (for the New Zealand ODI). He has inspected the pitch and found it to be perfectly fine," he added.

Salgaonkar also showed the men around the Pune surface the day before the ODI, breaching the ICC rules governing access to the pitch. The 68-year-old was a fast bowler from Maharashtra state in the 1970s before taking up the role of curator with the state association.

"He has certainly let us down. An inquiry has been set up by the Maharashtra Cricket Association to deal with the issue," said Khanna.

"We are also working with the (BCCI) anti-corruption unit to get to the bottom of the matter as everybody has acted very swiftly to the claims of the sting operation."

Comments
Topics mentioned in this article
India Cricket Team New Zealand Cricket Team Maharashtra Cricket Association Stadium, Pune India vs New Zealand Cricket
Get the latest Cricket news, check out the India cricket schedule, Cricket live score . Like us on Facebook or follow us on Twitter for more sports updates. You can also download the NDTV Cricket app for Android or iOS.