Bubble fatigue has already become an issue for a number of England players, with the likes of Tom Banton and Tom Curran citing it as a reason for their withdrawal from Big Bash League. 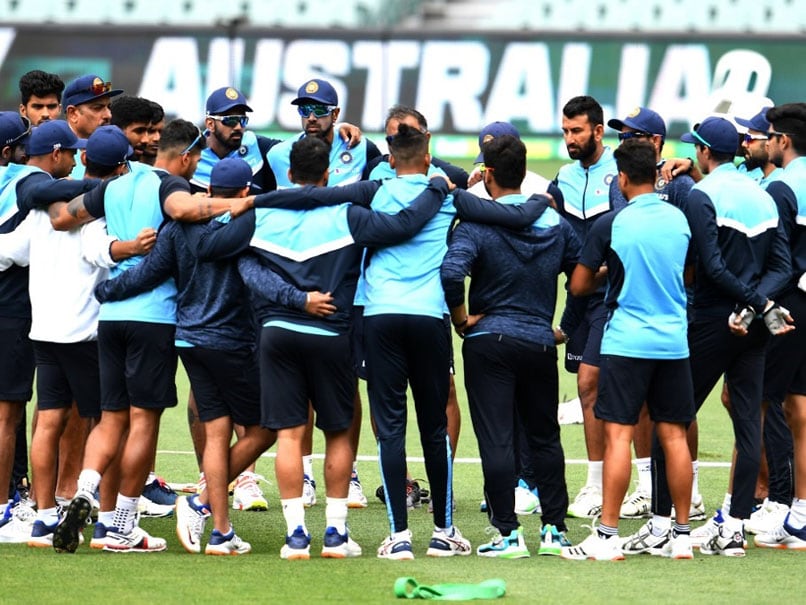 Leading Indian players have been in a series of bio-secure bubbles since September.© AFP

Former Australia captain Ian Chappellbelieves teams such as India will need increasingly large squads to help them combat "bubble fatigue" as they press ahead with extensive touring schedules amid the coronavirus pandemic. Leading Indian players have been in a series of bio-secure bubbles since September, initially while taking part in an Indian Premier Leaguemoved to the United Arab Emirates on health grounds.

Travelling to Australia, they again underwent quarantine ahead of the ongoing Test series.

Bubble fatigue has already become an issue for a number of England players, with the likes of Tom Curran and Tom Banton citing it as a reason for their withdrawal from contracts in Australia's Big Bash League.

The problems of playing cricket in the pandemic were highlighted when England, who pioneered international cricket's return under the shadow of Covid-19 recently cut short their tour of South Africa on health grounds amid concerns that their hotel bubble had been breached.

"I have never experienced anything like this, and I am not surprised some players have started to talk about bubble fatigue," Chappell told reporters in a conference call organised by Ray Events.

"We had a couple of England players who have already pulled out of the BBL for that reason."

Early in the New Year, India are set to host England in four Tests, five Twenty20 and three one-day internationals, with all of those matches set to be played in bio-secure conditions.

"If you look at what India have got coming up, they are going to need a huge squad of players," said Chappell.

"I am sure the bubble fatigue is going to kick in so my sympathies with modern players having to do this," added the 77-year-old former batsman, who led Australia's successful team of the early 1970s.

"You are going to have situations like you got in South Africa. I am not surprised that England players have got very nervous and said we are out of here. We are in this situation where it is going to be very fluid.

"And I think all teams are going to need a big squad of players, not just because you got to isolate some but because there is going to be this mental fatigue of being stuck in a bubble," explained Chappell, who for decades has enjoyed a successful media career and is  now commentating on the Australia-India series for ABC Radio.

"It is a pandemic situation where nothing can be done because whatever the rules are they have to follow. If you see, some Pakistan players in New Zealand, eight or nine players got infected," said Azharrudin.

"It's a bad situation for everybody...At least, you are playing, better than sitting at home and not playing at all. The boards have taken a good initiative to carry on with the game and, with the bubble, it has succeeded."

South Africa Cricket Team Ian Michael Chappell Mohammad Azharuddin
Get the latest updates on IPL Auction 2023 and check out  IPL 2023 and Live Cricket Score. Like us on Facebook or follow us on Twitter for more sports updates. You can also download the NDTV Cricket app for Android or iOS.