I Want To Be The New Ball Bowler Who Can Bat Too: Deepak Chahar

Deepak Chahar, who played for the Chennai Super Kings in the IPL 2018, replaced injured all-rounder Hardik Pandya in the Asia Cup. 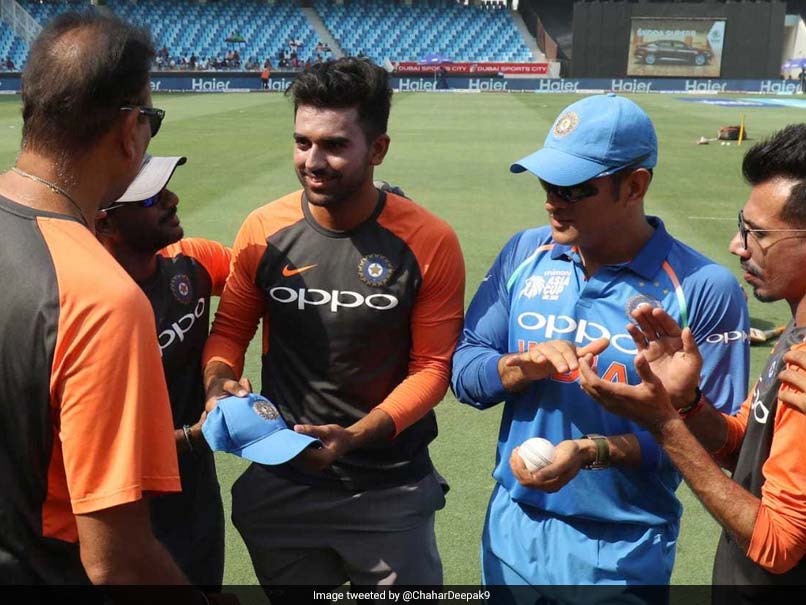 Deepak Chahar, who played for the Chennai Super Kings under MS Dhoni in the Indian Premier League this year, admits cementing his place in the Indian national team is a Herculean task. But he still wants to give it a shot, as a new-ball bowler who is also handy with the bat. "I can bat too. I was drafted in as a replacement for Hardik Pandya in the Asia Cup. So I want to prove myself as a batsman also. I want to be the all-rounder in the side who can bowl with the new ball. I want to train myself in such a manner that if selectors want a new ball bowler, they pick me, and also if they want an all-rounder they pick me," Chahar told IANS on the sidelines of a Vijay Hazare Trophy match in Chennai.

Rajasthanarein Elite Group C of the 50-over domestic meet. Chahar said he would look to make the most of the batting opportunities in the Indian Premier League (IPL) next year to further establish himself.

"I got runs in one of the IPL matches. Mahi bhai sent me up the order. This year, I hope to get more opportunities with the bat to prove myself. The team gets balance when a fast bowler bats well too. This is a terrific Indian side. You are always expected to behave like the No.1 side in the dressing room. Look at the options the team has and the depth in squad. It won't be easy for me to be a regular," he said.

Chahar replaced injured all-rounder Pandya in the Asia Cup which India won. Chahar made an unimpressive debut against Afghanistan under Dhoni's captaincy, with figures of 4-0-37-1.

Earlier, the 26-year old made his Twenty20 debut in England, finishing with 1/43 in his four overs. "The start was not good. But I will hope to get another chance," said Chahar, expected to make the limited-overs squad for the West Indies series at home.

"I am working really hard. The IPL has helped me a lot. When IPL was not there, debutants used to feel the pressure playing in front of big crowds. But with the IPL, you have already experienced that pressure before making coming into the international circuit," he said.

"He (Dhoni) used me so well in the IPL and he is always effusive in praise of me. When Dhoni bhaiya speaks highly of someone, people take it seriously. He made me play all the matches and later told me that he wanted that. He had told the management that Deepak will play every game. That matters a lot. We won the IPL and performing in the IPL matters. I have been doing well in domestic cricket since a long time. If you have to play for India, you have to also do well in the IPL and show that you can handle pressure," Chahar said about Dhoni's influence in his fledgling career.

Chennai Super Kings Cricket
Get the latest updates on SA vs IND 2021-22, check out the Schedule and Live Score . Like us on Facebook or follow us on Twitter for more sports updates. You can also download the NDTV Cricket app for Android or iOS.