The BCCI on Monday had sent a release which had Deepak's name in the Board President's XI squad, which raised a lot of eyebrows considering he had no performance to merit a place in the squad. 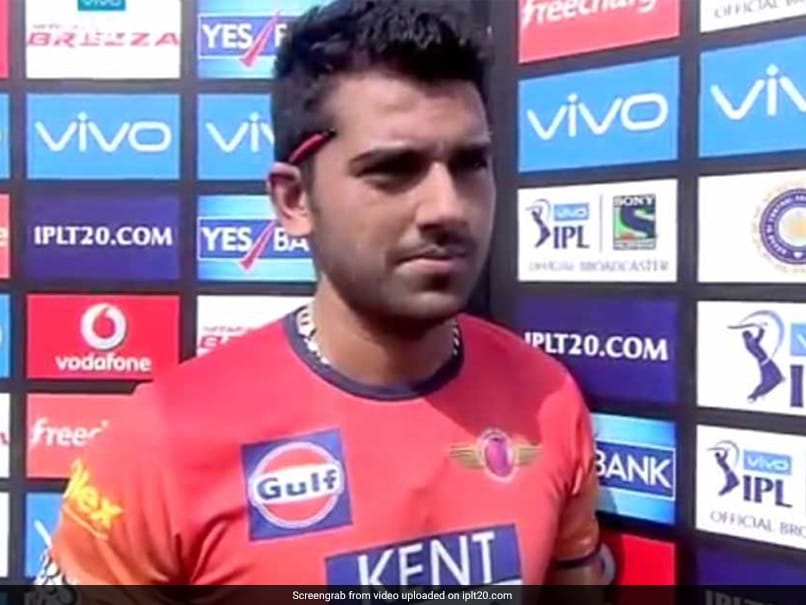 Deepak Chahar was first named in the Board President's XI team for the warm-up matches vs New Zealand.© Indian Premier League

In what turned out to be comedy of errors, the BCCI first named named Rajasthan medium pacer Deepak Chahar in the Board President's XI squad for the warm-up games against New Zealand only to replace him with cousin brother Rahul, who is a leg-spinner. The BCCI had on Monday sent a release which had Deepak's name in the BP XI squad, which raised a lot of eyebrows considering he had no performance to merit a place in the squad.

It was later realised that the selectors wanted to pick Rahul, who is a current India U-19 player and also did well during the recent colts tour to England. However it is understood that they goofed up with the name which led to the clerical error. "It was inadvertently mentioned that Deepak Chahar would represent the Board Presidents XI team for the warm-up matches against New Zealand ahead of their ODI series against India. Rahul Chahar will feature in the squad that will play two matches at CCI in Mumbai," BCCI admitted the error in a media release.

In another development, Shubman Gill has been ruled out of the one-day series against New Zealand 'A' after sustaining a side strain. Ankit Bawne, who scored 162 in the second "unofficial Test", will now be a part of the team for the first three matches too after being initially named in the squad for the last two games. The All-India Senior Selection Committee has also named Deepak Hooda for the last two one-day games.

Earlier, The official Twitter handle of the BCCI on Thursday made a major goof-up just few moments before the start of the fourth ODI between India and Australia at M. Chinnaswamy Stadium in Bengaluru.

BCCI's official handle, who has 5.3 million odd followers, posted the toss update on their Twitter handle but with a massive blunder. Instead of the 4th ODI, the caption read -- "1st Twenty20. Australia won the toss and elect to bat'. The Indian cricket board's handle tweeted two posts and made a mistake in both of them. The tweets were later deleted but not before Twitterati had their share of fun.

"Welcome to the 1st T20I between India and Australia #INDvAUS #TeamIndia," the first post read. 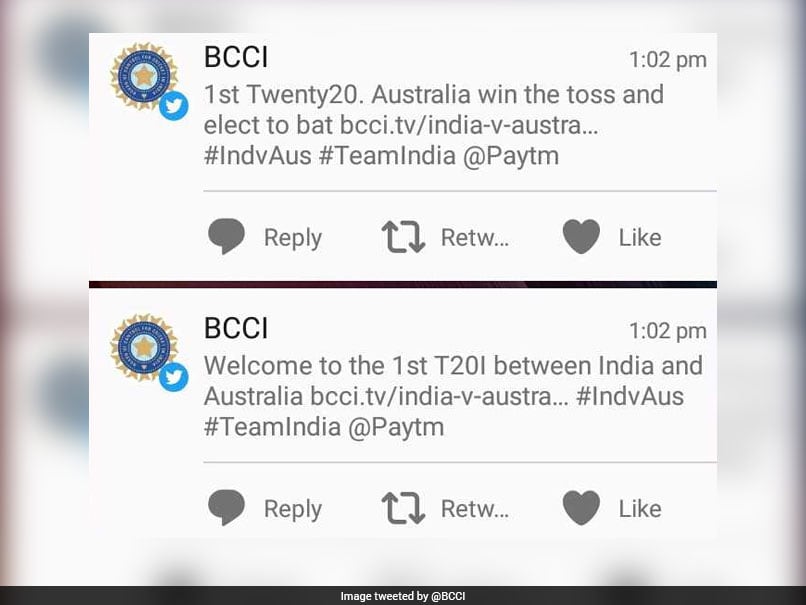 New Zealand will visit India for three ODIs and three Twenty20 Internationals in October-November. The first ODI will be played at Wankhede Stadium on October 22.

Comments
Topics mentioned in this article
India Cricket Team New Zealand Cricket Team Rahul Chahar Deepak Chahar Cricket
Get the latest updates on ICC Women's Cricket World Cup 2022 and IPL 2022, check out the Schedule , Live Score and IPL Points Table. Like us on Facebook or follow us on Twitter for more sports updates. You can also download the NDTV Cricket app for Android or iOS.